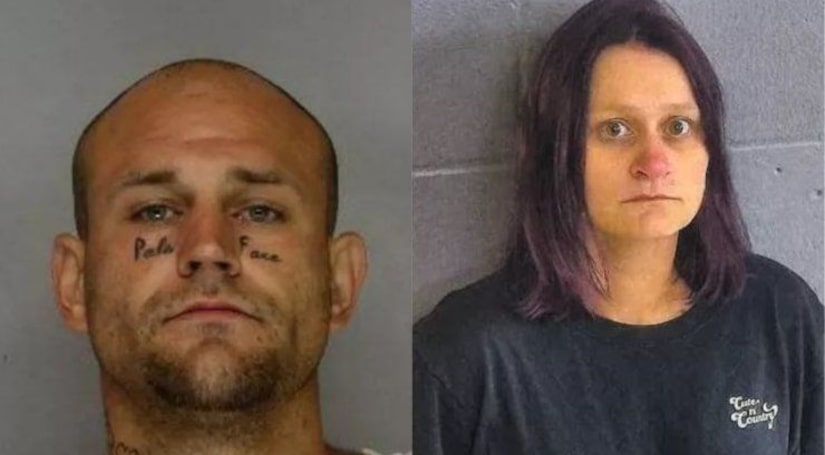 BRONSON, Fla. -- (WJW) -- A man wanted in connection with the murder of a 6-month-old infant from Georgia was tracked to a hotel in Florida where he was shot by law enforcement.

The Alachua County Sheriff's Office said Carlton Mathis, 28, was shot early Monday morning while trying to flee in a vehicle. They said Mathis is in custody and receiving treatment at an area hospital.

According to the Dothan, Alabama Police Department, Mathis and Amanda Oakes, 36, are charged with murder in connection with the death of their 6-month-old son, Curtis Oakes.

The baby's body was found in a freezer at a hotel in Dothan where the couple had been staying. Investigators believe the body had been in the freezer for 5 – 6 days.

Investigators in Alabama learned that the couple, who was from Georgia, had been in Dothan but were possibly in Florida.

On Monday, the couple was tracked to an apartment complex in Bronson, Florida, police said.

Police said they tried to make contact with Mathis as he left the apartment. SWAT team member shot him four times after he produced a handgun and tried to flee, police said.

He was in stable condition at a Florida Hospital and in the custody of the Levy County Sheriff's Office.

Investigators said Mathis and Oakes lead them to the InTown Suites in Dothan where they had been staying. A search warrant was executed and their baby's body was found in a freezer. Police believe the boy was killed prior to his body being put in the freezer. Foul play is suspected in his death.