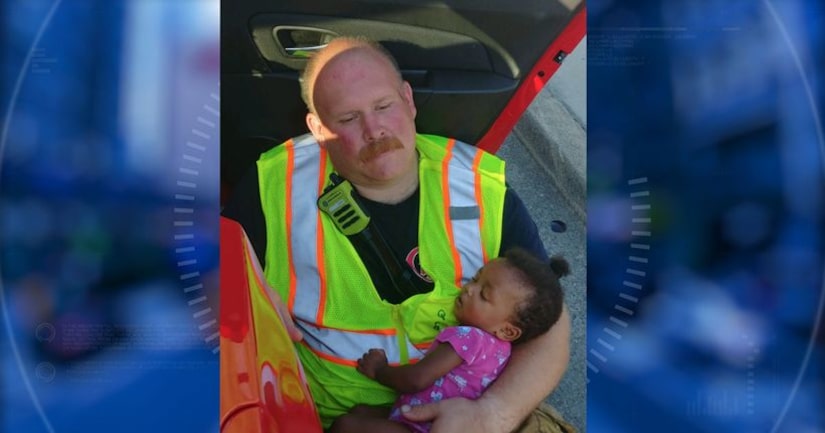 CHATTANOOGA, Tenn. -- (WGHP) -- A photo of Tennessee firefighter cradling a little girl after a car wreck is getting a lot of love on social media.

Chattanooga Fire Department Capt. Chris Blazek had just gotten back to the firehouse last Saturday after responding to a house fire and was in the shower when he and the Engine 6 crew were called to a car wreck.

“The incident included the driver — a pregnant mother — and her three small children who were in the back seat. The mother was hysterical because she was having abdominal and back pain,” Blazek wrote on Facebook.

The children ranged in age from 7 years old to 4 months old. Blazek said the two older children were OK, but the baby was screaming hysterically.

Blazek took the baby out of the car seat and did a quick physical exam to make sure the child was OK.

“She immediately laid her head on my shoulder. Shortly after that I decided that my guys had the scene under control, so I decided to sit and take a break with my new friend. She immediately fell asleep in my arms,” Blazek wrote.

Engine 6 firefighter Kyle Vradenburgh snapped a photo of the likely-tired Blazek holding the baby and the photo was shared on Facebook, where it got more than 5,000 shares and 8,000 likes.