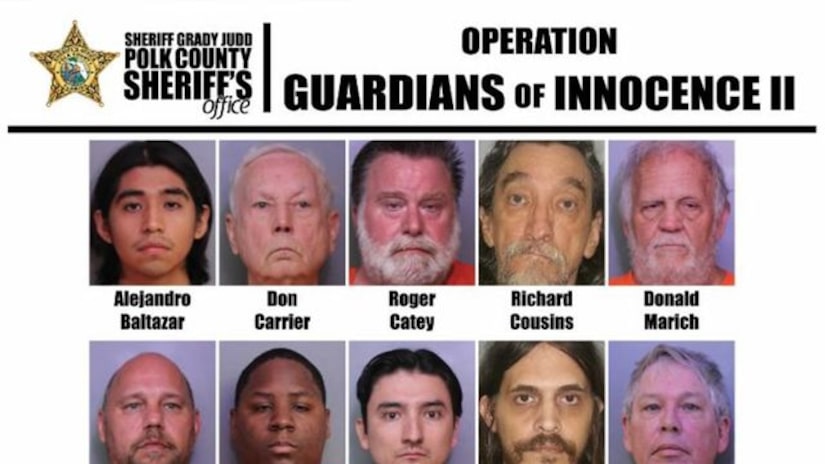 "Operation Guardians of Innocence II" focused on identifying and arresting those involved in the possession, promotion, and distribution of child pornography.

A total of 660 felony charges were filed against the suspects and more charges are pending.

A Walt Disney World employee, Legoland employee and Boy Scout parent helper were among the 11 arrested.

"As you know, this is just the beginning - once we serve search warrants and seize the devices that these suspects are using to download and distribute pornography, we will do a complete forensic analysis, and in all likelihood we will be adding on more charges related to the felony possession and distribution of images and videos of children being sexually battered. Most of the images we saw during this investigation depicted children being sexually battered, that we have seen before - which means we haven't yet identified any local child victims, but as always, that is also a part of our investigation" said Sheriff Grady Judd.

The following suspects were arrested in the sting:

Richard Cousins, 64, of Davenport, a registered sex offender, arrested in 1992 in Maine for sexual assault on two male victims under 13

Sheriff Grady Judd will provide more information on the arrests at a 1:30 p.m. press conference on Tuesday at the PCSO Sheriff's Operations Center.