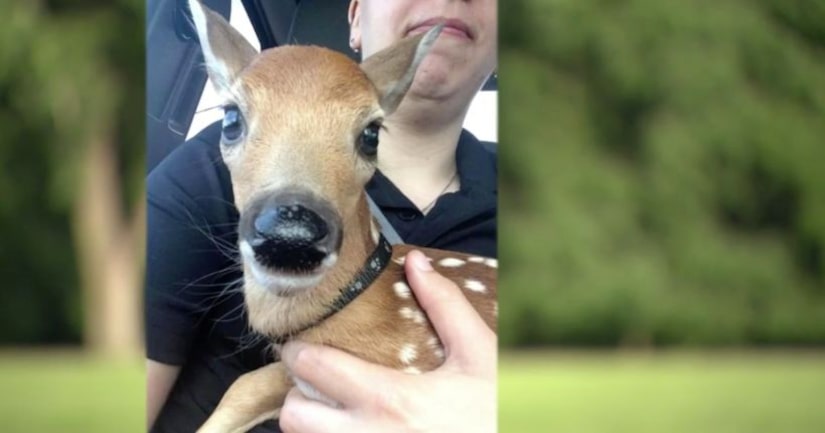 Officers were called to the 1000 block of Armistead Way in Armistead Gardens Friday.

Audrey Bresnick and her brother told officials they found the baby deer alone and tied to a tree, about a block from their home.

“It had a collar and a big, long leash,” said Bresnick. “We thought it was a dog at first. My brother went looking and said, 'No, it's a deer.' We didn't know how many days it had been down there. It was hollering and whining like it was hungry.”

The family gave the fawn some water and called Maryland Natural Resources Police.

“It was tied to a tree, and therefore, it could be a crime because it's wildlife in [a] capture situation,” explained Candy Thomson, public relations officer with Maryland Natural Resources Police.

The department believes kids were likely to blame. But regardless, she warned, removing a baby deer from its habitat is dangerous and can even be deadly to the animal.

“People find them and think they're abandoned, but in most cases they're not abandoned. The doe leaves the fawn during the day. The fawn sports natural camouflage. Also, they don't have a smell. The mother doe does. She will stay away to give it a chance to stay protected while the mom forages.”