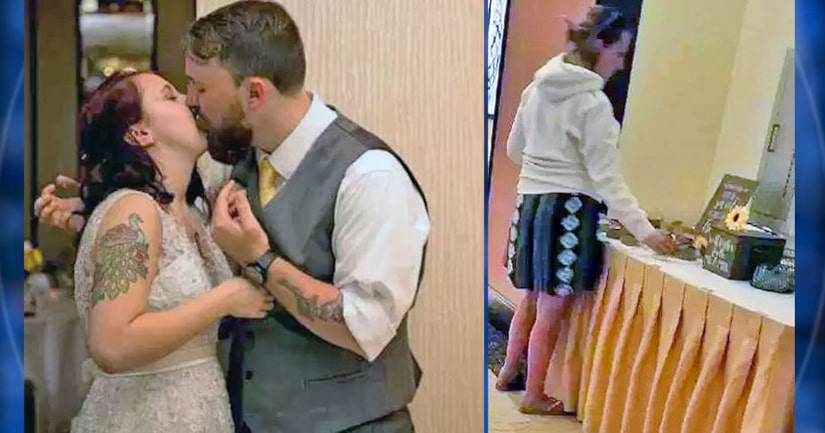 It all happened on May 6 at the Hilton Garden Inn on Atlantic Avenue, according to police. An uninvited woman went up to the second floor, took gift envelopes off the gift table, and left, police say.

Rusty Waddell, the groom, says he and his wife Auttumn were having a great time celebrating with friends and family. Towards the end of the night, the bride's mother noticed a woman she didn't recognize, but thought maybe she was a guest as the wedding wasn't the most formal. She took a picture of the woman and guests told the hotel staff, who called police. The woman got away without getting caught.

Waddell says it's not clear exactly what she got away with and they are now in the process of asking guests if they gave them a gift. "I think embarrassing is the word I would use," he said. "It's always hard to reach out to someone and ask them what gift they brought you."

He says the woman stole more than just gifts, but memories from what is supposed to be one of the happiest days of their lives. "We'll of course have the good memories from the party and hanging out with our friends and all that, but it's all going to lead down to the end of the night having to think back to the end of the wedding and someone stealing from us."

Anyone who recognizes the woman is asked to call the Crime Line at 1-888-LOCK-U-UP.