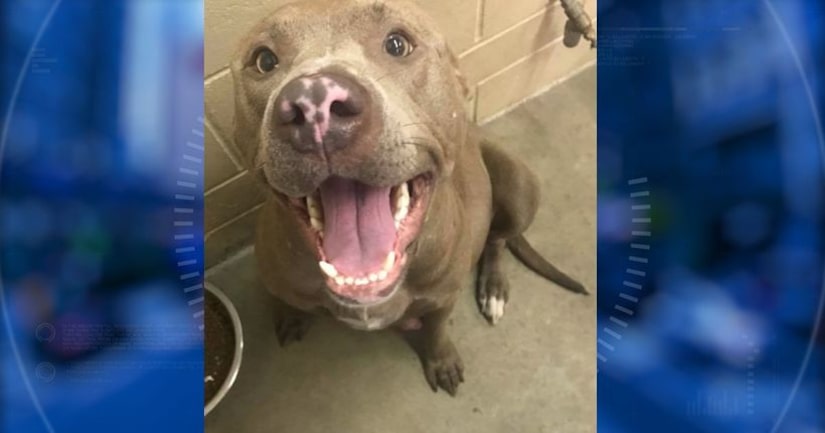 TEXAS -- (KRON) -- Her owners didn't want her because Amarillo Animal Management and Welfare said they were afraid of her. Now the word of the euthanization of a pit bull and her puppies has angered some people on Facebook.

In the post, the Amarillo Animal Management and Welfare volunteer details events she said took place before the dog and her pups were euthanized.

We spoke to the Richard Havens, the Director of AAMW, on why they said they made what they call an unfortunate but necessary decision and why Anderson is calling the action "horrific."

"This is something I've been struggling with for three weeks and it was something that really bothered me," said Anderson.

G7 is where Dacia Anderson said she crossed paths with this pregnant pit bull.

"So I actually went into the kennel with the dog and photographed her and when I came out I noted they had bands on her kennels and so I noted that she was an owner surrender the previous day so her owners had actually surrender her to the shelter," said Anderson.

There are two sides to every story.

Havens said the dog was reported to be aggressive by the owner.

"The owner of the dog in question contacted 911 to state they had a vicious animal that was theirs. We responded after hours we took the animal into custody and then the following morning we ended up euthanizing it due to the nature of the call and the behaviors the animal exhibited," said Havens.

Later on, she said she noticed the pit bull was in labor and had given birth to one puppy. Anderson said she alerted staff of what happened who then immediately took over from there.

Havens said the dog and her puppies were euthanized.

"It's unfortunate this had to happen, but it was the right call," said Havens.