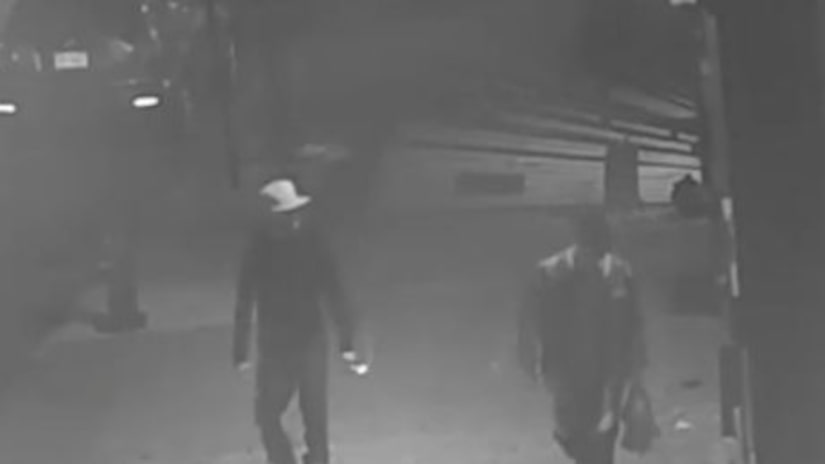 THE BRONX, N.Y. -- (WPIX) -- Police released surveillance footage of the men being sought in connection to a Bronx stabbing that left one man dead and another injured.

Ira Faulkner, 59, was fatally stabbed in the abdomen by a group of three people who entered the Intervale Avenue apartment building, police said. The men stole $70 and also stabbed Faulkner's 54-year-old roommate in the abdomen.

A security camera in a neighboring building shows the three men behind the attack.