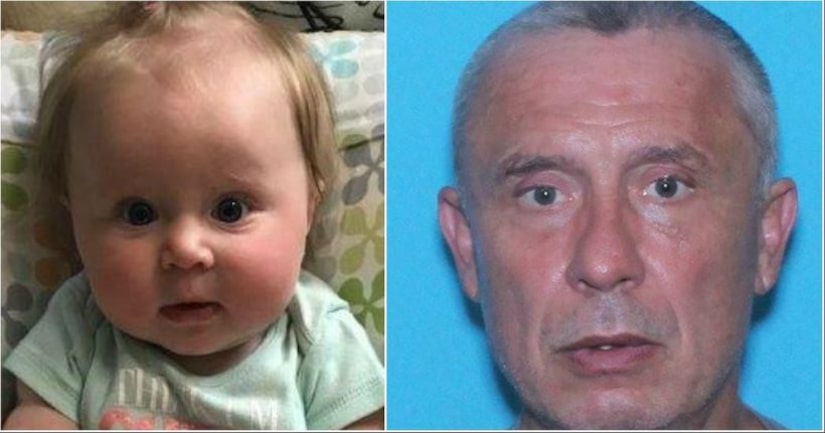 Seven-month-old Emma Grace Kennedy has been found safe, and her father, Carl Ray Kennedy, has been arrested, WTVR reports.

Emma Grace Kennedy appears to be in good health and is being evaluated at a local hospital, according to a release from the FBI. The mother of the child has been notified, according to WTVR.

The AMBER Alert issued for Emma Grace Kennedy has been canceled.

DANVILLE, Va. -- (WTVR) -- An AMBER Alert was issued for a seven-month-old girl after Virginia State Police said Emma Grace Kennedy was abducted by her father -- an armed sex offender -- from a Danville gas station Sunday evening.

Emma Grace Kennedy is described as a white female, 2 feet 2 inches tall and weighing 18 pounds. She has blue eyes and short blonde hair. She was last seen wearing a light blue onesie.

Troopers said the child's abductor is believed to be her father, 51-year-old Carl Ray Kennedy.

Police said Kennedy, who is armed with a knife, assaulted the infant's mother before abducting the girl at the Kwik Stop on Riverside Drive in Danville at 7:55 p.m.

Kennedy is described as a white male, 5 feet 8 inches tall and weighing 170 pounds. He has short gray hair and green eyes.

Officials said Kennedy has a number of tattoos: a skull on his left forearm, a wizard on his left upper arm, a skull with bandanna over its mouth on right his forearm and a pit bull with American bulldog written under it on his upper right arm.

Additionally, he has an eye tattoo on the back of his right hand.

Kennedy is a registered sex offender in North Carolina who was recently released from jail on drug distribution charges on a $250,000 bond.

Troopers said Kennedy may be traveling in a four-door gold Suzuki with North Carolina tags FAA-1873.

The suspect was last seen headed eastbound on Route 58 possibly headed to North Carolina, according to police.