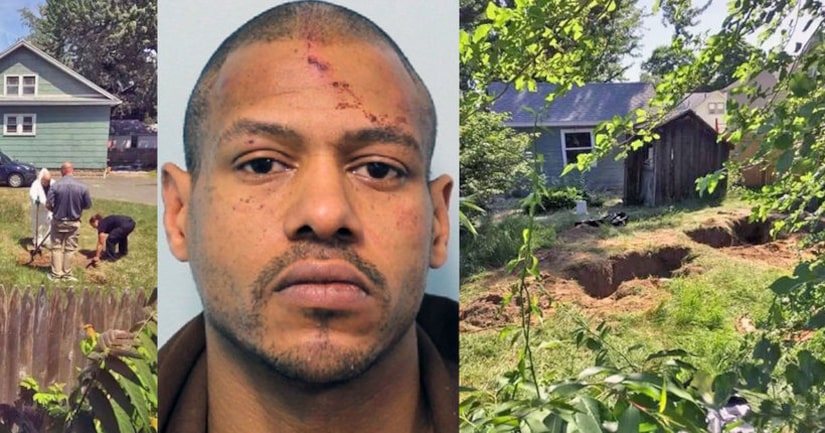 SPRINGFIELD, Mass. -- (WBZ) -- Police in Springfield, Massachusetts found three bodies at the home of a man charged with kidnapping a woman.

Police tried to pull over Stewart Weldon for a broken taillight on Sunday when the situation escalated into a police chase.

Police said Weldon eventually crashed into a police cruiser and fought officers when they tried to arrest him. Police recovered two knives from his pockets, according to court records.

An injured woman who was in the car with the 40-year-old suspect thanked police for saving her life, telling officers through tears, “He's going to kill me,” according to the police report.

Officials said she told them Weldon had held her captive in his home for the last month and raped her several times.

The woman was an acquaintance of Weldon's, according to Hampden County District Attorney Anthony Gulluni.

She suffered several stab wounds, marks from being hit with a blunt object and a possible fractured jaw, court records said. The woman told police Weldon hit her with a hammer.

The ongoing investigation prompted law enforcement to search the house, which is registered to Weldon's mother, according to property records.

Two bodies were initially found on the property and then a third later Thursday afternoon, Gulluni said in a news conference Thursday night.

There were other people living in the house, Gulluni said, but he did not elaborate.

Gulluni would not confirm if Weldon is suspected of anything in relation to the bodies, and officials are not releasing any information about the remains found on the property at this time.

Weldon had three active warrants and a revoked driver's license at the time of his arrest, according to court records.

Weldon was arraigned in Springfield District Court on Tuesday on charges including kidnapping, threat to commit a crime, carrying a dangerous weapon and resisting arrest. The investigation is fluid and could prompt additional charges, the district attorney's office said.

Weldon was being held on $1 million cash bail which was later revoked and he remains in jail. His attorney did not return CNN's request for comment.