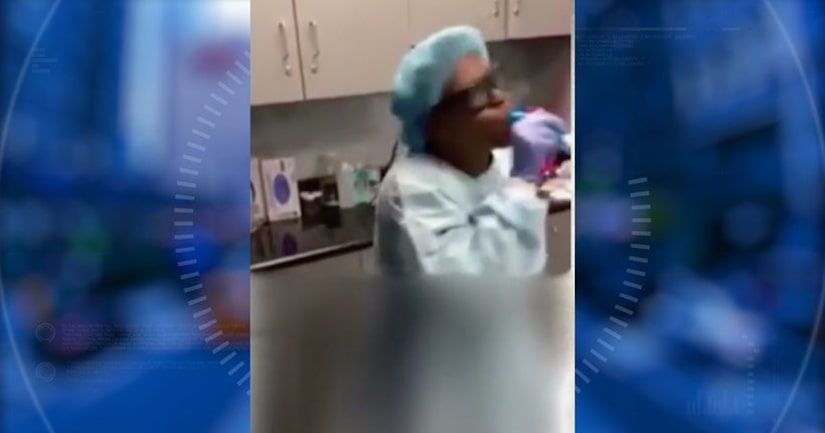 ATLANTA -- (WGCL) -- An attorney representing three women in cases against an Atlanta-area dermatologist known for singing and dancing while performing surgery says nearly 100 other women have contacted her office to claim they, too, suffered under the doctor's scalpel.

In videos once posted to Dr. Windell Boutte's public YouTube channel, the board-certified dermatologist can be seen singing as she cuts into a patient or rapping and dancing with surgical instruments in hand during surgical procedures. At times, assistants in scrubs sashayed alongside her.

Susan Witt, an attorney representing three women who claim they suffered from Boutte's work, said close to 100 women reached out to her office in the past week to complain about their results.

"I've had more phone calls and emails than I could respond to," she said.

Several former patients said they experienced serious post-surgical complications due to infections, according to Witt.

Many of the women claim they were motivated to come forward by Boutte's apparent lack of care and concern for her patients, Witt said.

At least two former patients said they identified themselves in the doctor's videos, according to the attorney.

"I think in this day and age, patients do have to be their own advocate," Witt said. "This has been a cautionary tale which I believe patients can learn from."

Boutte's office has not responded to a request for comment. One of her attorneys, Rod Eason, declined comment and said the doctor is not granting interviews.

The videos have been deleted from Boutte's YouTube channel.

But through lawsuits that others have filed against the doctor, HLN -- CNN's sister network -- obtained video of multiple instances of questionable operating room conduct by Boutte.

More than 20 of her videos were once posted to YouTube, apparently for promotional purposes.

In one, Boutte cuts into a patient's abdomen as she sings along to the O.T. Genasis song "Cut It."

In another, she leans over the top of a patient's half-bare buttocks. Without surgical mask or gloves, she holds surgical instruments and dances while rapping her own lyrics to Migos' "Bad and Boujee" -- "My patients are bad and boujee. Building up fat in the booty."