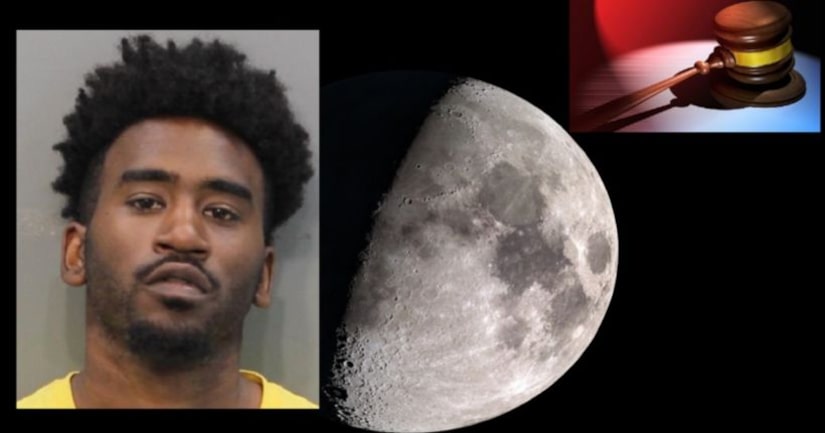 CHATTANOOGA -- (WZTV) -- A Hamilton County, Tennessee criminal court judge was definitely not over the moon after a defendant's behavior in court this week. He was sentenced to three days jail for dropping his trousers and mooning her.

20-year-old Michael Dwayne Knight appeared in court on Wednesday on charges of possessing a firearm to attempt to go armed.

An affidavit obtained by WTVC says while in court, Knight's pants, unlike the moon, had trouble rising, in this case over his waist.

Judge Christine Mahn Sell told Knight to pull up his pants up three times. The affidavit says Knight did so slightly, but "then dropped them again," revealing his buttocks.

When he was appearing before the bench, the affidavit says the judge gave him a final warning.

His subsequent response eclipsed all other courtroom activity.

The affidavit says Knight turned around and completely mooned the judge.

The judge said Knight "defied court rules of decorum, the court system and my multiple requests. Court is the last place we have any rules, decorum or consequences." She sentenced him to three days in prison.