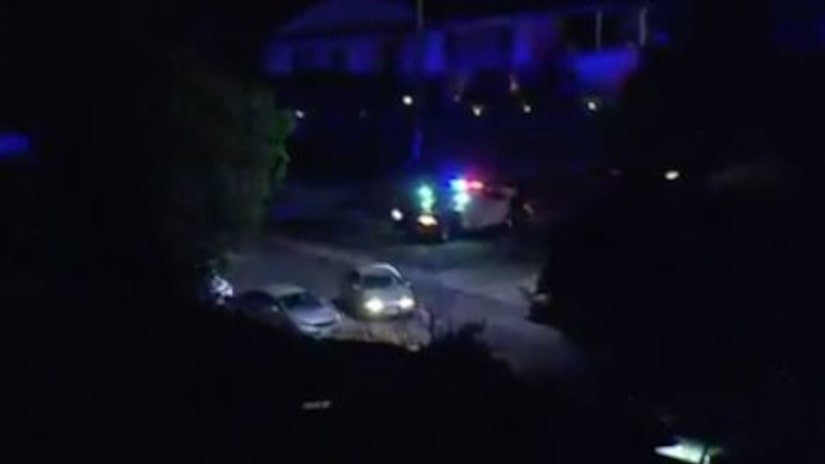 ENCINO, Calif. -- (KTLA) -- The driver of a stolen four-door car was detained and loaded into an ambulance after a pursuit that slowly wound through the San Fernando Valley Thursday night.

At one point after the chase reached Encino, having already been underway for more than an hour, several other motorists on the road jumped out of their vehicles and attempted to join in on the action.

Sky5 was first overhead around 10:30 p.m. as the pursuit was headed through surface streets in Winnetka. It began around 10:15 p.m. near Sherman Way in Wilbur Avenue in Reseda, said Los Angeles Police Officer Norma Eisenman.

After the suspect sedan paused for an extended time at a Victory Boulevard intersection, a patrol SUV executed a PIT maneuver, knocking off the car's rear bumper, though it remained hanging by a thread until the chase ended more than an hour later.

The pursuit continued at glacial speeds — perhaps 5 to 10 mph — through a nearby residential neighborhood with three police vehicles close behind.