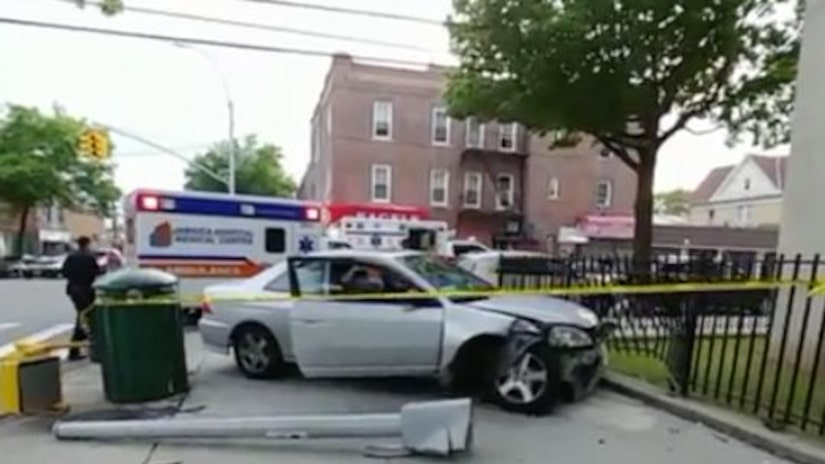 QUEENS, N.Y. -- (WPIX) -- A woman was taken into custody after she is accused of leaving her baby with strangers while fleeing the scene of a crash in Queens Wednesday night.

It happened around 7 p.m. around 93rd Street and 101st Avenue in Ozone Park when a car mounted the sidewalk and then struck a fence, police said.

A woman exited the vehicle with a baby and handed the infant off to a passerby and fled, according to police.

Moments before the incident, the woman allegedly got into a fender-bender with an SUV and tried driving away, a witness said.

She then allegedly blew a red light and ultimately crashed her car into a middle school fence...

The woman, later identified as 25-year-old Malikah George, was arrested after she showed up to the hospital late Wednesday looking for the child, police said.