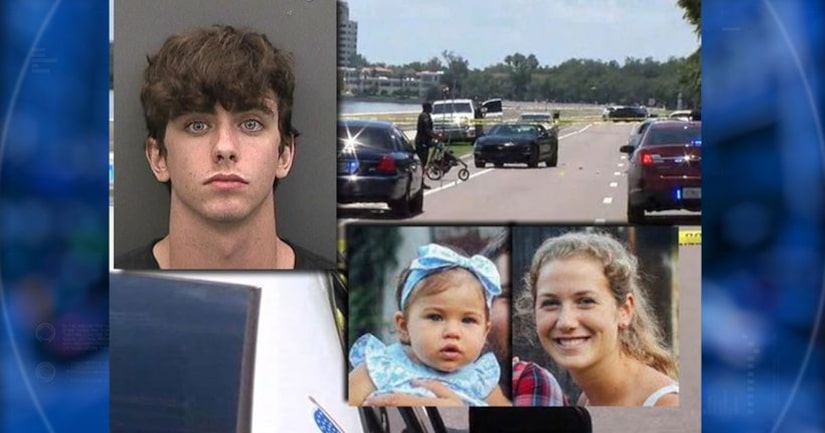 FLORIDA -- (WPTV) -- Court documents reveal the 2018 Ford Mustang involved in a deadly crash on a narrow two-way road was traveling at a much higher rate of speed before it struck and killed two pedestrians than witnesses previously reported.

Electronic evidence obtained from the Mustang during a search warrant showed that the vehicle, driven by Cameron Herrin, was traveling at a maximum speed of 102 miles per hour before Herrin began to hit the brakes right before the crash.

The Ford Mustang hit and killed Jessica Raubenolt and her 2-year-old daughter Lillia as they were legally crossing the street on May 24.

At 102 miles per hour, the Mustang was traveling approximately 150 feet per second before the crash. At that speed, according to brakingdistances.com, the average car would need 620 feet to come to a complete stop.

Originally, a witness had told police the Mustang and Nissan were traveling approximately 60 miles per hour when they passed him racing north on Bayshore Boulevard.