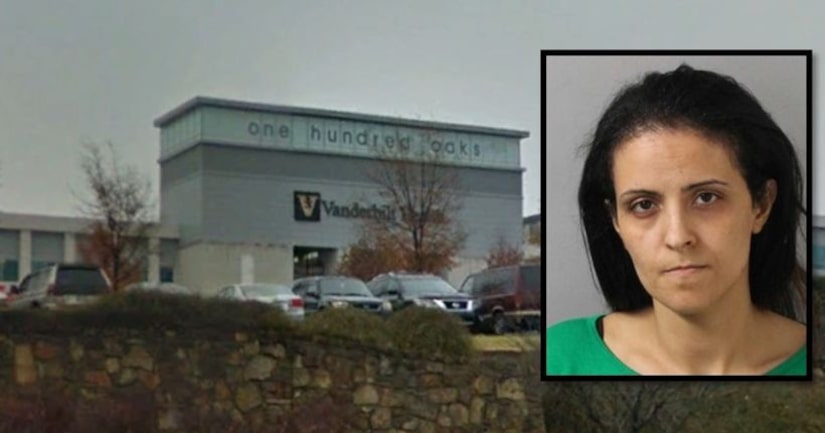 NASHVILLE -- (WZTV) -- Police officers broke the glass of a vehicle to rescue a 3-year-old girl left in a hot car at a Nashville mall.

Amira Rezk Thabet Rezk, the child's mother, has been charged with child endangerment.

It happened at One Hundred Oaks Mall on Wednesday afternoon when temperatures were reported at 87 degrees.

Vanderbilt University police got a call at 4:30 p.m. about a child being left inside a car. VUPD officers arrived and tried several times to open the locked doors of the car before breaking the glass to rescue the child.

Officers said the girl inside the vehicle was dehydrated and in shock, but was breathing. The child was put in a patrol vehicle where she sat in front of the air vent and drank water until medics arrived and transported her to Vanderbilt's children's hospital.

After waiting several minutes, police said Rezk showed up. She allegedly told officers she had been gone for only five minutes and didn't know that children couldn't be left inside a car alone with no air conditioning and the windows rolled up.

VUPD checked security cameras and saw that Rezk's vehicle had arrived at the mall at 4:19 p.m.