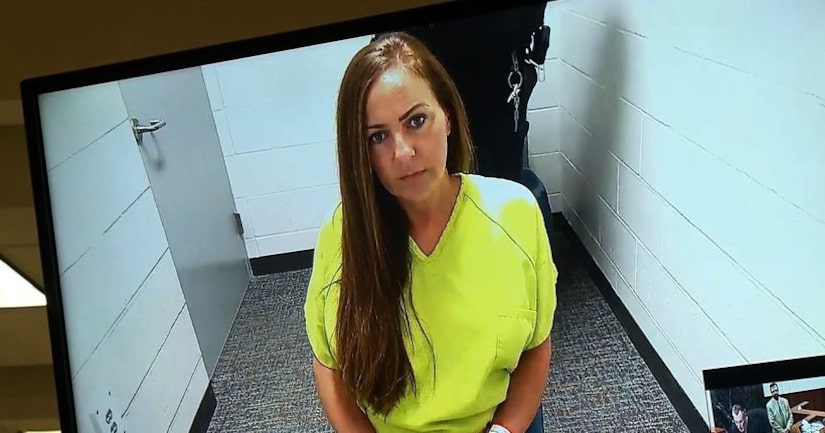 WAVERLY, Neb. -- (WPIX) -- A Waverly mother is arrested, months after deputies say she got drunk then smothered her 3-week-old son sleeping in the same bed.

Ashley Bean appeared in Lancaster County court Wednesday afternoon after turning herself in to face a charge of felony child abuse. If convicted, Bean could face up to three years in prison and a $10,000 fine.

“This isn't a co-sleeping issue, this is an issue pertaining to an adult who was intoxicated to the point they are incapable of taking care of their 3-week-old,” said Lancaster County Sheriff Capt. Ben Houchin. On Dec. 17, rescue crews were called to the Beans' home at 12511 Waverly Rd.

Axel Xavier Arizola was not breathing. He was taken to a hospital where he later died.

According to court papers, a preliminary test hours later, indicated Bean had a blood alcohol level of 0.19 percent.

Investigators said Bean drank at least six shots of tequila with a friend earlier that evening and then had a “pull of tequila” around 6:30 a.m.

According to court documents, she woke up to find Axel pinned between her breast and arm with blood coming from his nose.

Since Axel's death, Bean was stopped by Lincoln Police for driving under the influence. Those charges are pending.

A judge set a $15,000 percentage bond for Bean with the condition she can't drink alcohol.

The prosecutor asked for a higher bond because when Bean turned herself in at the jail she had BAC of .09 percent, slightly over the legal limit to drive.