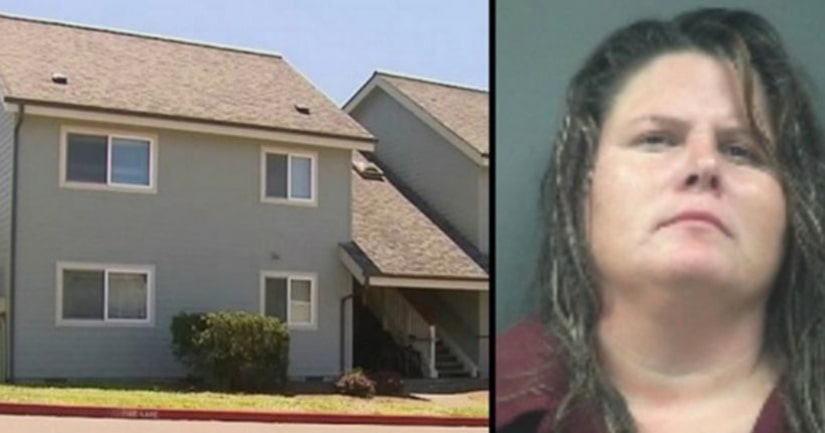 PORTLAND, Ore. -- (KRON) -- On Saturday night, a 6-year-old boy in Newport ran to a neighbor's apartment and reported that his own mother had tried to kill him.

He had a deep cut to his chin and six stab wounds, one, court documents would later say, was so deep that it possibly punctured both his liver and a lung. A trail of blood followed him from his front door to his neighbor's.

Nemoria Villagomez, the boy's mother, later admitted to Newport Police that she did cut her son. The reason: "he deserved," she said, according to court documents.

Villagomez, 34, was arrested and booked into Lincoln County Jail. She's facing 10 charges, including attempted murder. Court documents also show Villagomez is accused of strangling and "ingesting" methamphetamine into her other son, a 14-month-old who was found in bed with Villagomez at the time of her arrest.

The 6-year-old boy was transported by helicopter to a Portland trauma center. He's in good condition and expected to be OK.

Her other son was placed in the custody of the Department of Human Services.

This isn't the first time Villagomez has been involved with law enforcement.

In 2010, Villagomez pleaded guilty to harassment, but had an assault charge dropped. The next year she was convicted of a 2nd-degree theft charge, but had a conspiracy misdemeanor charge dismissed. She was also convicted of DUII and 2nd-degree criminal mischief in 2014. Reckless driving and possession of a controlled substance charges were dropped as a part of the plea deal.

Then, on Saturday, A Newport Police officer responded to the Agate Height Apartments -- located at 150 Northeast 60th Street -- after a neighbor reported the boy's stabbing. Upon arrival, the officer noticed the trail of blood leading to Villagomez's door.

Inside the home, the officer noticed more blood. There was a large pool of it on the coffee table found next to a blood-stained kitchen knife; blood smeared the apartment's walls, court documents showed. Then, in the master bedroom, the officer found Villagomez laying on the bed with "blood all over" her extremities. Her other son was there, too. He also had blood on him.