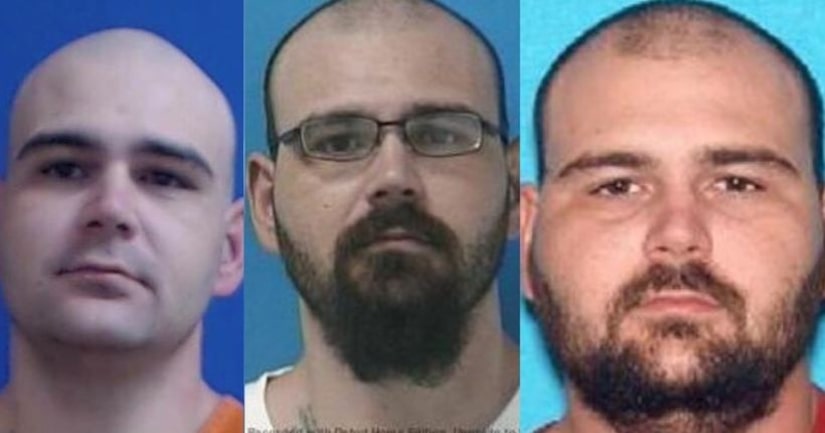 Wiggins was wanted for the first-degree murder of Dickson County Sgt. Daniel Baker, a 10-year-veteran of the DCSO, father and husband.

DICKSON, Tenn. -- (WZTV) -- The Tennessee Bureau of Investigation said more than 100 tips have come in the search for accused deputy murderer Steven Wiggins.

TBI held a news conference at 10:30 a.m., urging the public to stay vigilant as Wiggins is considered armed and dangerous.

Wiggins has been added to the TBI's Top 10 Most Wanted list.

TBI said 139 tips have come in from around the nation and while the search remains concentrated in Dickson and Hickman counties, "Wiggins could be anywhere."

Residents are being asked to check their properties and report anything they deem suspicious. Anyone who sees Wiggins should call 911 and not approach the suspect.

Federal, state and local agencies have been going door to door, utilizing K-9s and aircrafts in the manhunt.

Warrants have been issued charging Steven Wiggins with the first-degree murder of Sgt. Daniel Baker. TBI says Wiggins killed Baker early Wednesday morning after the officer responded to a report of a suspicious vehicle.

After not being heard from for a period of time, a patrol vehicle was tracked using GPS and Baker was found dead inside the vehicle.

Another woman, Erika Castro-Miles has already been captured and charged with the first degree murder of Baker.

Wiggins has been added to the TBI's Top 10 Most Wanted a Blue Alert is active in the state of Tennessee. He's described as a white male with balding brown hair, stands about 6 feet 1 inch tall and weighs 220 pounds. Wiggins also has several tattoos. He's considered to be armed and dangerous.

Multiple agencies are joining the search for Wiggins in the Dickson County and Hickman County areas. Officers are using K-9s, aircrafts and are going door to door. A $12,5000 is being offered for information leading to Wiggins' capture.