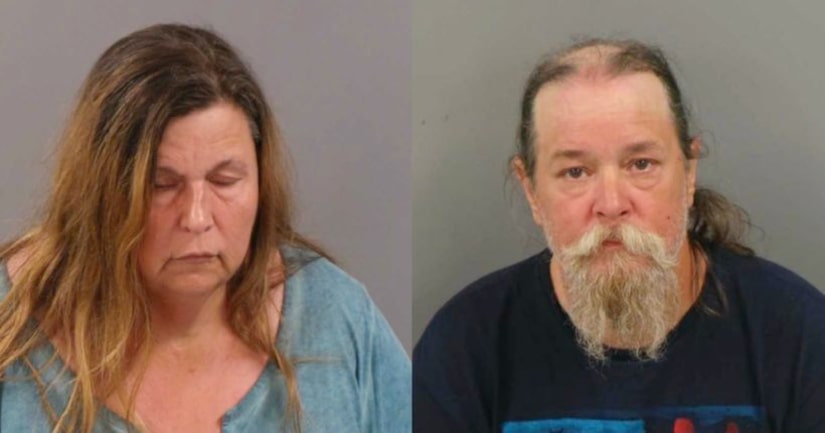 ST. LOUIS -- (KTVI) -- Two suspects are charged with 13 counts of animal abuse after over a dozen dogs were found in a sweltering hot car for hours. One of the dogs died from the heat. Sharon Kibbee, 63, and Michael Jones, 51, of Richwoods, Missouri have been released pending a June 14 court date.

Police said in a previous report that they had identified the suspects in this case. The woman also happens to be the owner of the inoperable car where the dogs were found.

Last week the Ellisville Police Department said employees at the Post-Dispatch Distribution Center at the Westwood Business Park and said they found a large group of dogs inside of a vehicle. The employees quickly got them out and poured water on them to help the animals cool off before help arrived. Police believe, their ages ranged from 3 to 6 months old, with one being older.

Doctors at Ellisville Veterinary Hospital said that when the two dogs, a male, and a female arrived, the male dog was critical. His core temperature was 107 degrees when normal body temperature for a dog is 101 to 102. He did not survive.