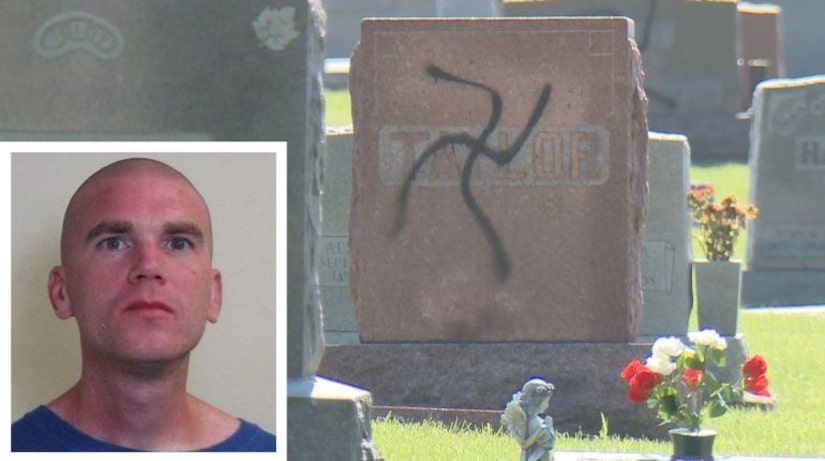 EDWARDSVILLE, Ill. -- (WGN/AP) -- A southern Illinois man has been accused of painting swastikas on dozens of gravestones over the Memorial Day weekend.

The Belleville News-Democrat reports that in addition to spray-painting swastikas on more than 200 graves at Sunset Hill Cemetery, Timothy V. McLean of Glen Carbon allegedly painted swastikas on houses in Edwardsville.

The 34-year-old McLean is charged with also painting swastikas on three churches and at least two Glen Carbon homes.

The News-Democrat reports McLean's record goes back to alcohol violations at the age of 16. Since he faces a variety of charges, including calling the Edwardsville police to make racially derogatory comments, aggravated assault of a police officer, disorderly conduct and resisting arrest charges.

McLean is being held in lieu of $100,000 in the Madison County Jail. It isn't immediately known if McLean has legal representation.