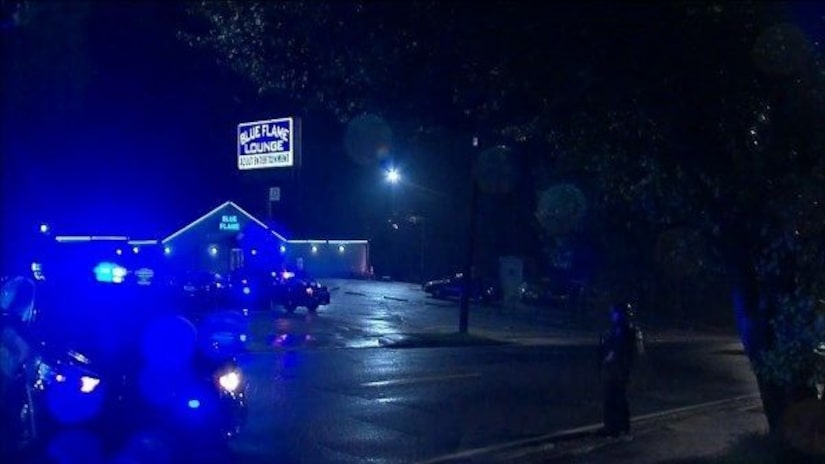 The double shooting happened at the Blue Flame Lounge on the 1000 block of Harwell Road in northwest Atlanta.

According to police, five people inside the club were touching dancers inappropriately and allegedly taking their money. The group was escorted from the club and when they were driving away, they fired several shots.

The suspects drove off in a red Jeep.