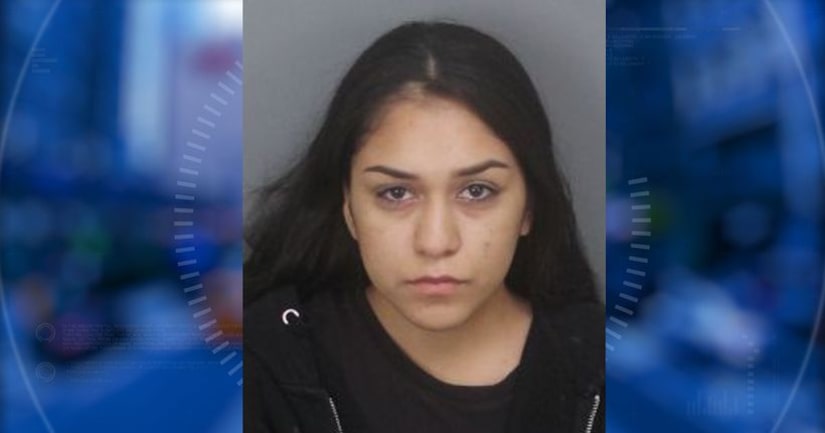 ONTARIO, Calif. -- (KTLA) -- A mother was taken into police custody early Tuesday after she allegedly struck her boyfriend and their 7-month-old daughter with a car, injuring the father and killing the child.

Sarah Gomez, 19, was arrested on suspicion of murder and attempted murder, the Ontario Police Department tweeted.

The incident happened on the driveway of a residence in the 500 block of West D Street around midnight, Sgt. Jeff Higbee said.

Investigators believed the infant's mother and 21-year-old father had been drinking at a family gathering just a few streets away when they became involved in a dispute.

Gomez was behind the wheel when she struck her boyfriend with the infant in his arms, according to police.

Other family members took the girl to the hospital along with the father, who suffered scrapes and abrasions, Higbee said.

The child had injuries consistent with being hit by a car, the officer said. Authorities towed the vehicle to investigate it.

Earlier, the agency said it expected Gomez to be charged with two counts of assault with a deadly weapon. But it later appeared that the incident was intentional, Higbee told KTLA.