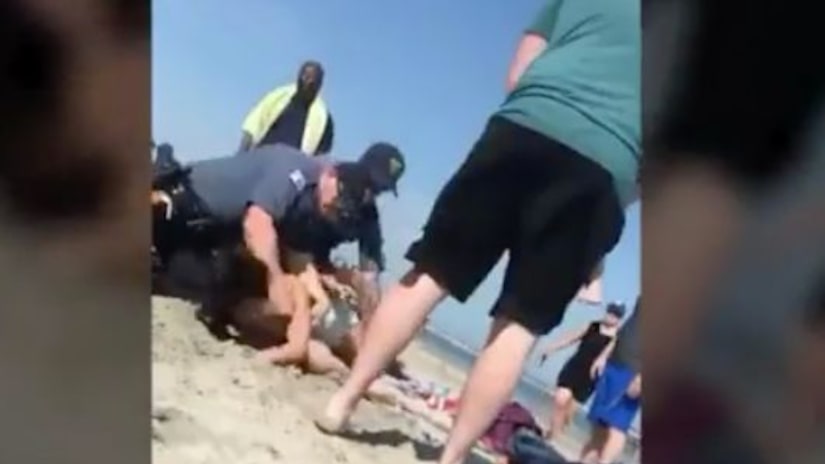 Beach goers at the Jersey shore saw the kind of scene we're used to seeing on MTV's 'Jersey Shore'....not exactly this Jersey shore.

Turns out.....according to 20-year-old mom-- Emily Weinman-- she says cops approached her about underage drinking and even gave her a breathalyzer she claims she passed.

But when she refused to give up her name....all hell broke loose!

"We saw her getting hit kinda like, we just saw it all happen firsthand," eyewitness Julia Cortez, who was napping on the beach right near Weinman, recalled.

"The next thing we know we hear all this commotion and yelling," Alexis Hewitt, who recorded the police arrest on her cellphone, said. "I woke up and realized there were officers and everybody running around, so I immediately grabbed my phone."