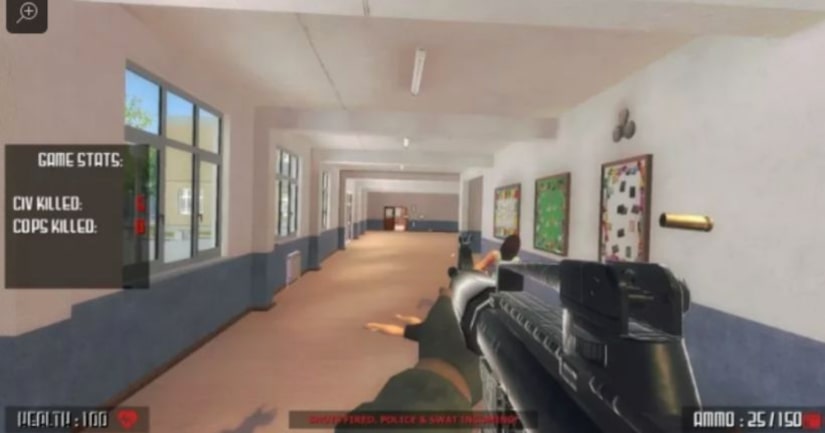 NEW YORK -- (WPIX) -- The developer of a new controversial video game that allows users to simulate a school shooting has released a statement, Tuesday.

This, after the gaming company faced backlash and accusations the company was displaying a lack of sensitivity in the wake of recent mass school shootings.

The game, “Active Shooter”, which was originally designed to be played as a SWAT team member during a school shooting, was updated to include the option to play as the shooter targeting civilians inside a school building, according to Revived Games, the developer of the game.

In a statement posted on Steam, the developer, Revived Games said:

“Active Shooter” won't only be revolving on active shooter scenarios.'

'Please do not take any of this seriously. This is only meant to be the simulation and nothing else. If you feel like hurting someone or people around you, please seek help from local psychiatrists or dial 911 (or applicable). Thank you.”

The game description details two options, giving players as the opportunity to “be the good guy or the bad guy.

The developer said in a post, “Depending on the role, your objective might be to protect and extract or hunt and destroy.”

Users will have the option to choose three locations for the game; they include a zombie survival mode, a work office and a school environment.

The developer also posted a video preview of the game showing graphic images of police officials and civilians being targeted.

A number of people have criticized the game ahead of its June 6 release date via the Steam digital platform.

A change.org petition, which was posted online three days ago, has already received nearly 25,000 signatures.

The petition's creator, Stephanie Robinett said in a report the upcoming game is “turning deadly school shootings into entertainment.”

So far this year, there have been nearly two dozen shootings where someone was killed or hurt, according to CNN.