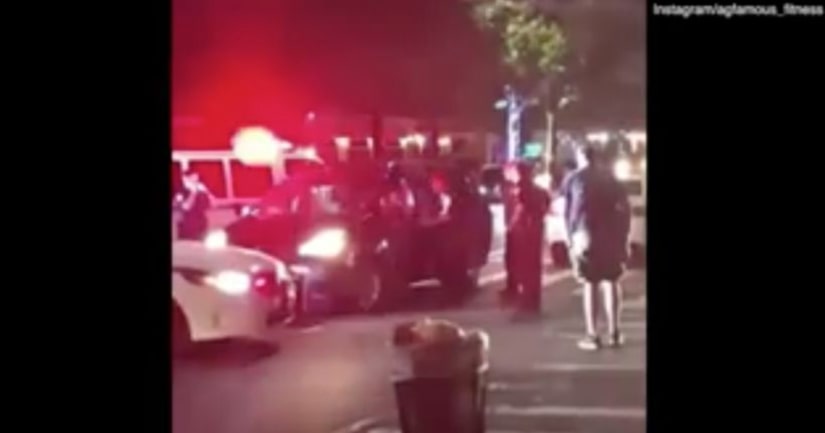 MANHATTAN -- (WPIX) -- A Manhattan driver was caught on camera crashing into a police car, spinning donuts and speeding away on the sidewalk - where there were pedestrians - to evade officers after they pulled him over for reckless driving.

Police spotted George Lopez, 35, driving in Inwood around 4 a.m. and pulled him over at Payson Avenue and Dyckman Street, police said. He refused to open a window or door.

Video shows what happened next. Lopez gunned the engine and started doing donuts on the street, hitting a police car and at least one parked car. His front bumper came off entirely as he sped away on the sidewalk.

Lopez drove the wrong way on the Henry Hudson Parkway to the Bronx with police chasing after him, officials said. He crashed into a Toyota after he exited at Mosholu Parkway and was arrested there.

Both Lopez and the driver of the Toyota were injured and taken to the hospital with non-life threatening injures, police said. Three officers were also evaluated at the hospital.

Lopez was charged with reckless endangerment, leaving the scene of an accident, driving while impaired by drugs and driving without a license.