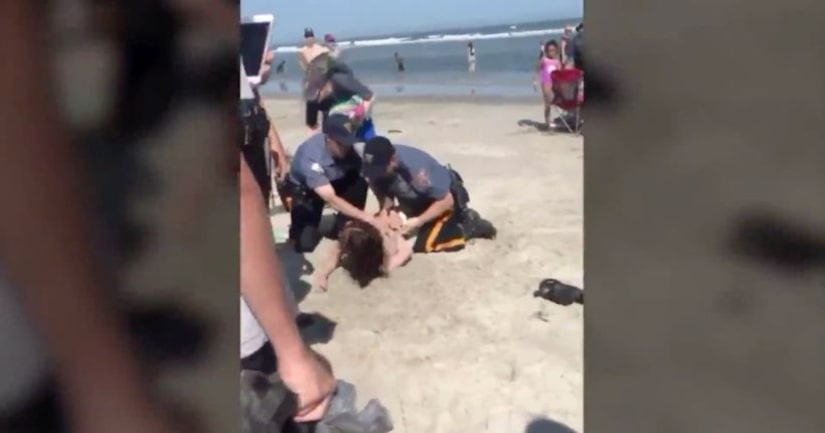 WILDWOOD, N.J. -- (WPIX) -- Police are investigating a viral video of an officer punching a woman while talking her into custody at a Wildwood beach.

Video shows officers holding her down on the sand. One of the officers punches her.

Witnesses say Weinman tried to run in the minutes before the video started and attacked the officers herself.

The involved officers have been reassigned to administrative duty while Internal Affairs investigates the incident.

Wildwood Police Chief Regalbuto said that while he finds the social media video of the arrest alarming, he doesn't want to rush judgement about the incident.

Anyone that may have been present during the altercation and has supporting video that could assist police with the investigation can contact Detective Lieutenant Kenneth Gallagher at 609-522-0222. The Cape May County Prosecutors Office, Professional Standards Unit will also be assisting in this investigation.