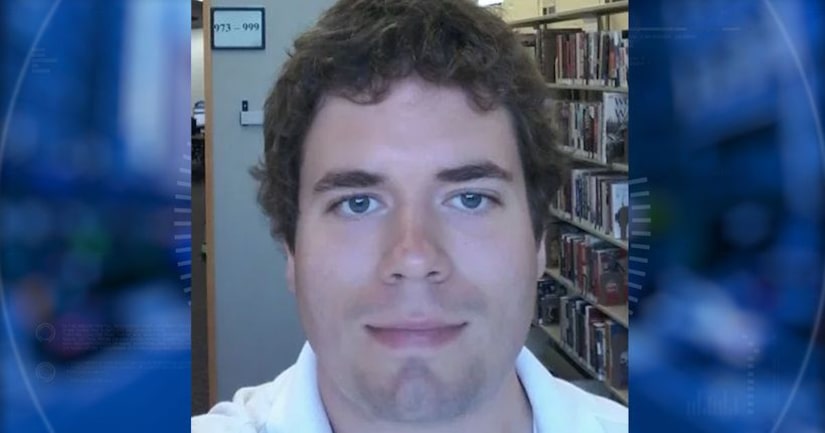 Regina Belcher's nephew snapped a picture of a Honda sedan with magnetic signs attached to it earlier this month. He then showed Belcher the photo several days later.

"Demons in cloned transexual (sic) bodies," read the sign, directing to a YouTube channel. On that channel, a number of videos painted a picture of a man claiming birds, and other animals, are demons. Videos, Belcher said, that concerned her.

"After watching the YouTube channel, I was extremely disturbed," said Belcher Friday. "Especially by one that said he was a security guard. So that made me wonder if he had access to weapons."

"He seemed like a danger, not only to other people, but himself as well," Belcher said.

The same vehicle in the photo taken by Belcher's nephew was in a parking lot at Lake Hefner Thursday evening as dozens of police officers swarmed the area near Britton Rd. and N. Lake Hefner Drive after a man opened fire inside Louie's Bar and Grill, shooting and wounding a woman and two girls.

The shooter, 28-year-old Alexander Tilghman, was later shot dead by two bystanders outside. Tilghman, the same man in the videos, had an active license as an armed security guard, according to the Oklahoma Council on Law Enforcement Education and Training.

Police said Friday the shooting appeared to be random but noted that the suspect drove to the restaurant and wore protective gear for his ears and eyes. A police spokesman said it "looked like his mind was made up that he was going to discharge his firearm once he got there."

Officials said Tilghman's only run-in with law enforcement was when he was arrested for assault and battery in 2003. Detective are looking into his history, but said any history of mental illness isn't known.

"Because someone might have a mental illness doesn't mean they go to jail," said Capt. Bo Mathews Friday morning during a press conference about the shooting. "That's one thing we train a lot at the police department. Was he endangering someone else's life, was he endangering his own life?"

The Oklahoma City Police said late Friday it has no record of Belcher's call to dispatch. However, it wasn't immediately clear if Belcher, having contacted the non-emergency number, follows a different call logging or department protocol.

An FBI spokesperson said Friday that it did have an "informal tip" about the suspect's YouTube page and its videos, but wouldn't say when that referral was made. However, the department said the case was closed after it was determined the videos posed no threat and fell under free speech rights. However, the FBI said it is looking into Belcher's account of contacting the office.

Belcher said the videos showed a man "crying out for help" and that she even called the number he posted on the channel, saying he hadn't heard from any real people yet.