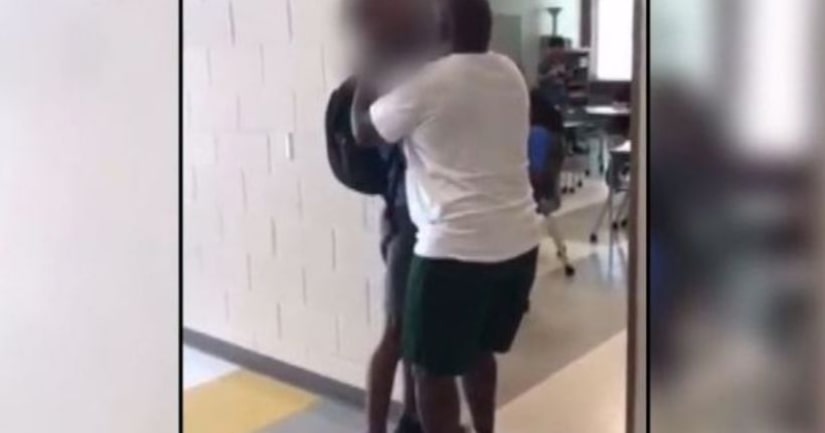 APEX, N.C. -- (KRON) -- A North Carolina high school teacher has been suspended after video surfaced of him choking a student, officials say.

In the video from Twitter, a man can be seen with his hands around the throat of a student.

In the video, the student is held up against a wall during the incident, which ends as the teacher shoves the student through a classroom doorway.

According to the person who sent CBS 17 the video, the incident began after the student called the teacher "a name."