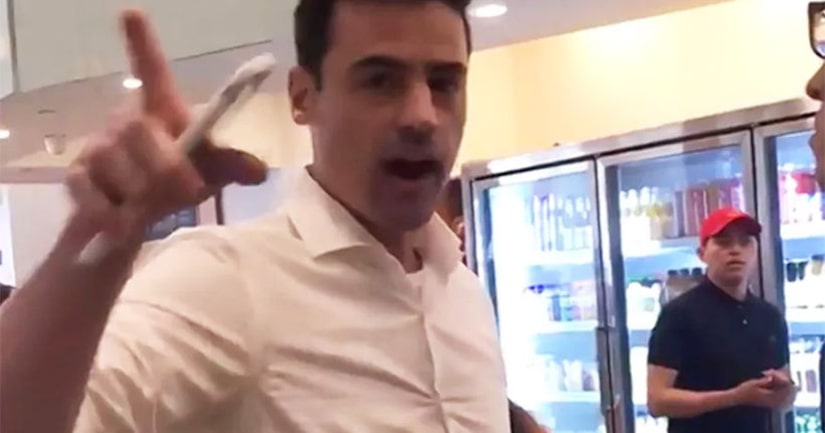 NEW YORK CITY -- (WPIX) -- A suspicious substance was found Thursday in the building where Aaron Schlossberg, the lawyer caught on camera during a racist rant, used to work.

Two people came into contact with an envelope containing a white substance at 275 Madison Avenue, police said. Schlossberg worked there until recently, but after the clips of the lawyer surfaced, the building he was using as a business address terminated its agreement with him.

The entire 14th floor was evacuated as a precaution.

Medical officials evaluated both people at the building. Neither showed symptoms of any sort. No one has been taken to the hospital. No identifying information was immediately available for the person being checked out.

“Seeing myself online opened my eyes — the manner in which I expressed myself is unacceptable and is not the person I am. I see my words and actions hurt people, and for that I am deeply sorry,” he said. “While people should be able to express themselves freely, they should do so calmly and respectfully. What the video did not convey is the real me. I am not racist.”