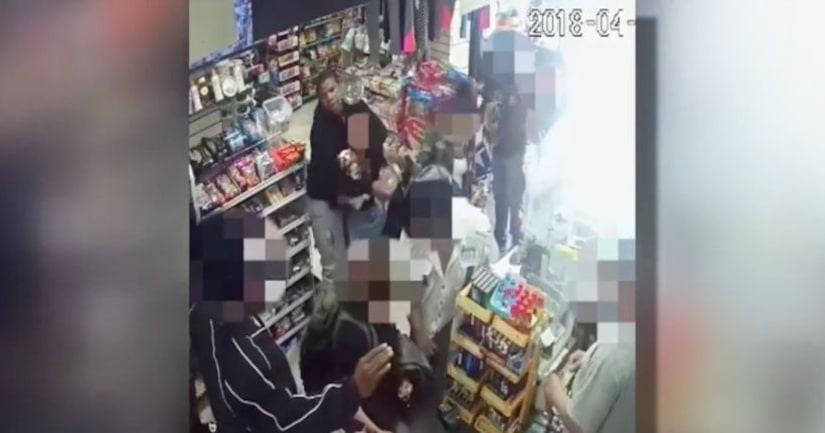 SAN FRANCISCO -- (KRON) -- San Francisco police have arrested a man seen on video slamming a puppy onto the floor and killing it, authorities said on Thursday.

23-year-old Delos Pierre Gallon was arrested after a five-week manhunt, police said. He was arrested at a San Mateo hotel on Wednesday.

Disturbing shows the moment a wanted man "forcefully slammed" a 4-month old puppy onto a store floor in April.

The Cocker Spaniel puppy later died from his injuries.

Gallon, of San Francisco, was with the dog's owner at a store on Turk Street around 11:40 a.m, police said.

Police say Gallon and the woman were arguing in the store when he started to throw canned goods at her.

Authorities say Gallon then grabbed the woman's puppy named "Prince" and "forcefully slammed the puppy onto the floor of the store," according to a statement by police.

Man caught on camera slamming puppy on floor, killing it