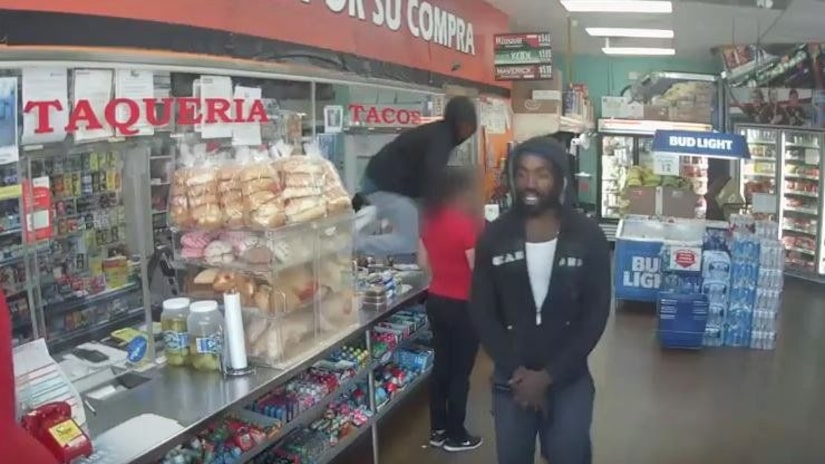 On April 19, three men entered the Los Paissanos Carniceria grocery store, located at 4402 Sherwood, around 2 pm. All three men were armed with handguns.

One of the suspects jumped the counter and pointed a handgun at employees, demanding cash from the registers and safe, while one of his accomplices guarded the doors, according to police.

After, taking the money, the suspects ran outside and entered a silver sedan that was waiting at a nearby parking lot.

Surveillance video has been released of the suspects.