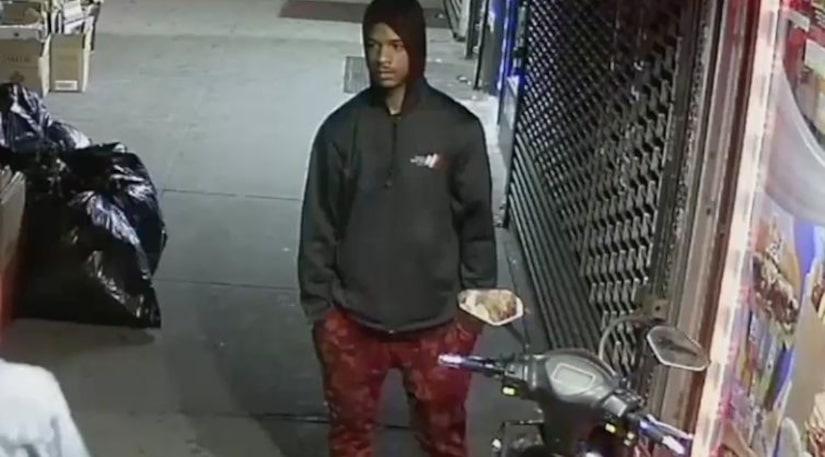 THE BRONX, N.Y. -- (WPIX) -- Police are looking for a man who is accused of going on a butt-grabbing spree within a span of 30 minutes in the Bronx earlier this month.

All three incidents took place on Friday, May 11, in the Claremont section of the Bronx.

The first butt-grabbing happened at 11:10 p.m. in front of 3822 3rd Avenue. The 25-year-old victim reported to police that the suspect grabbed her butt as she walked by him. He then followed her around the corner, pulled her towards him and rubbed himself on her, police said. When the victim shoved him away, he ran into Crotona Park.

The second incident happened 20 minutes later in front of 1250 Franklin Avenue. Police say the suspect approached a 14-year-old female victim and grabbed her crotch over her clothing. He then fled on foot southbound on Franklin Avenue.

The third assault took place 10 minutes later, at 11:40 p.m. in front of 1325 Franklin Avenue. Police say the suspect walked up to a 19-year-old female victim and grabbed her crotch over her clothing. He then fled on foot in an unknown direction.