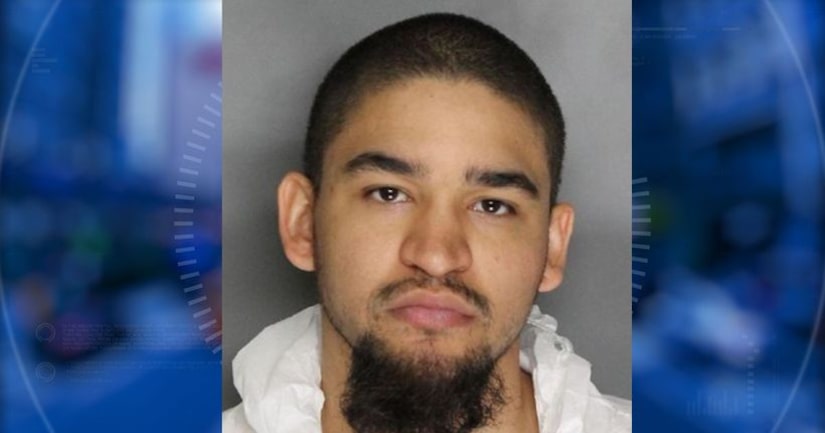 RENO -- (WZTV) -- A Nevada man and his wife never called 911 when his 5-year-old daughter was dying inside a filthy Reno apartment earlier this month, then put her emaciated corpse in a duffel bag and drove it to California and left it in a storage unit, authorities said.

Police believe Cali Anderson had been dead in an unkempt Reno apartment with spoiling food on the counters and floors for a week before the couple rented a truck and put the child's body in a duffel bag, placed inside a blue plastic drum and left it 130 miles (209 kilometers) away in a Sacramento, California, storage unit earlier this month.

Investigators say the girl appeared to have been severely neglected but an autopsy is pending to determine the exact cause of death. They say the child's body found May 15 appeared to be malnourished and emaciated.

Tyler Anderson, 23, waived extradition Monday in Sacramento Superior Court on suspicion of manslaughter. Additional charges are expected in Nevada, but so far he's only been charged in Washoe County with fugitive fleeing justice and child neglect resulting in substantial injury.

His wife, 23-year-old Averyauna Anderson, was arraigned May 18 in Reno Justice Court on a charge of child neglect.

Her bail hearing is set for Thursday. She is not the biological mother of the victim, but police say she and Tyler Anderson lived together in the Reno apartment along with two other children they share.

The Sacramento Bee reported that Tyler Anderson's father, Brett Anderson, told reporters after Monday's extradition hearing that the girl's death was an accident.

Police say the couple left Cali's remains in a friend's storage unit on May 11. The owner of the unit became suspicious about the boxes they left behind and called Sacramento police a few days later.

Reno Detective Jeffrey Boyd said in an affidavit that Averyauna Anderson agreed to speak with investigators when they visited the couple's apartment with a search warrant on May 16. Boyd said officers found a wire animal crate in the bathroom with handcuffs attached to it.

Next to the crate was what appeared to be a girl's backpack with a hat inside with the name "Cali," he said. He said old food was on the bathroom floor and there were no signs of a pet living in the apartment.

Boyd said Averyauna Anderson told police the girl was experiencing health problems, had lost considerable weight, had trouble digesting food and had been vomiting, but that they never took her for medical treatment. She told police that around May 4, the girl was immobile and unresponsive with what appeared to be a weak pulse and shallow breathing.

She said the couple took turns performing CPR, and later placed Cali in cold water in the shower in an attempt to wake her up, according to the affidavit. Averyauna Anderson estimated their lifesaving efforts lasted about 3 hours, but they never sought emergency services. When they realized she was dead, they changed her clothing and placed her into a duffel bag, where it remained for about a week.

Averyauna Anderson told police her husband researched how to dispose of a dead body before they rented a U-Haul van on May 10 and placed the duffel bag with the body inside a plastic drum which was then put in a cardboard box and sealed it.