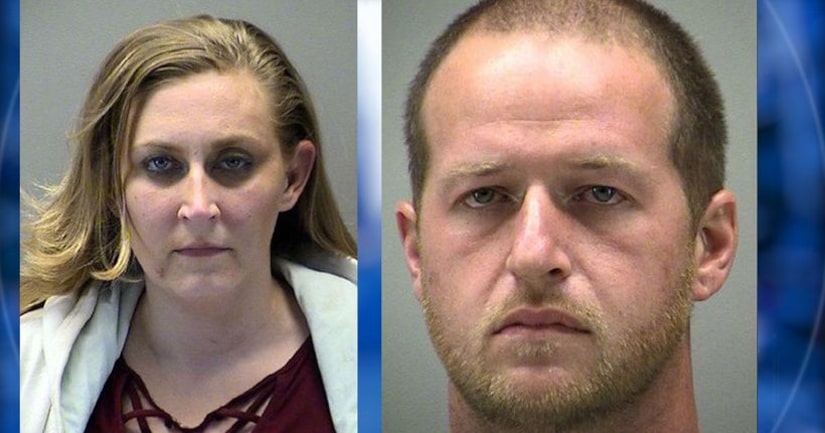 NEW CARLISLE, Ohio -- (WKEF) -- The parents of a 2-year-old child are in jail on charges of Child Endangering after police say they were high on meth while their child was with them.

Police were called to their home in the 300 block of W. Jefferson Street in New Carlisle on Saturday after a caller told them a man and woman were on drugs with their child present. When officers arrived at the home, they found Thomas Perry, 31, and Latosaha Lanning, 31. Officers say Perry was stumbling as he walked outside and his speech was slow. Lanning, meanwhile, was inside the home and also stumbling around, police say. Officers say Lanning's clothes were falling off her body and her makeup was smeared all over her face. Police say Lanning was paranoid and jumping because she thought there were mice in the house. According to a police report, Lanning was carrying a baseball bat and hammer around and pounding on the floors.

Officers say they found a small razor on Lanning and a small container that had razor blades and a white crystal substance inside. Police arrested Perry and Lanning, they're now in custody in the Clark County Jail.