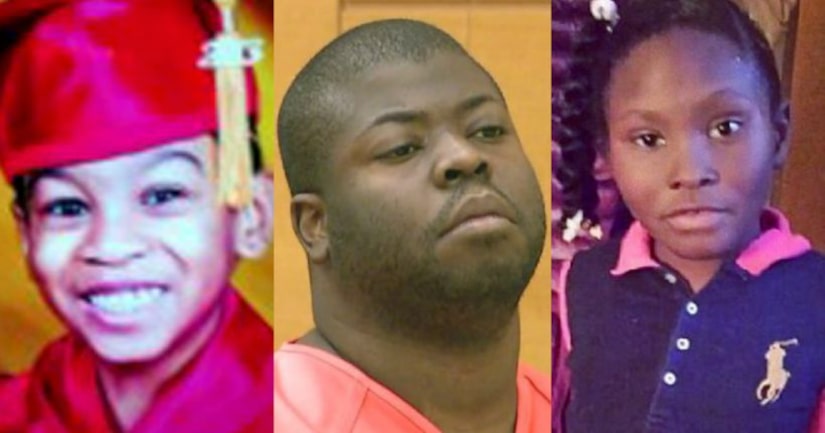 BROOKLYN -- (WPIX) -- A man who stabbed two children, killing one, inside an elevator of a public housing complex in 2014 was sentenced Tuesday to 50 years to life in prison, according to the Brooklyn District Attorney's Office.

Daniel St. Hubert was convicted last month of second-degree murder in the death of 6-year-old Joshua “PJ” Avitto and attempted murder of his friend Mikayla Capers.

He was sentenced Tuesday to 50 years to life in prison, District Attorney Eric Gonzalez said.

“This defendant committed an unspeakable crime when he attacked two defenseless young children for no reason,” Gonzalez said in a statement. “I know that PJ's loved ones will never be consoled and that Mikayla, whose courageous testimony helped to obtain this conviction, will forever carry this tragedy with her. But I hope that they will find some solace by knowing that justice was done.”

Avitto and Capers were on their way to get ice cream on June 1, 2014 when Hubert, who was recently paroled, stabbed them in the elevator of the Boulevard Houses on Schenck Avenue in the East New York section of Brooklyn.

Avitto died from his injures. Capers was stabbed 16 times and suffered from abdominal bleeding and a lacerated spleen, but survived.

Hubert attacked the children nine days after he was released from prison for attempted murder.

In December 2014, the family of Mikayla Capers filed a civil suit against the New York City Housing Authority.

The family argued housing officials neglected the Brooklyn complex and didn't fix a front door that St. Hubert used to enter the building.