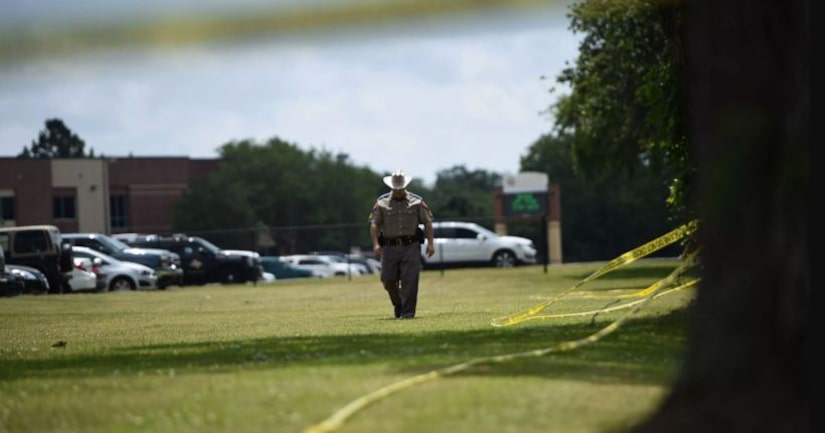 SANTA FE, Texas -- (KTLA) -- The gunfire tearing through Santa Fe High School didn't stop for half an hour. And during that time, Texas deputies were in a 25-minute shootout with the gunman, authorities said.

By the end of the melee, eight students and two teachers were killed. The suspect was taken into custody. And once again, the country is grappling with yet another school massacre.

New details are emerging about what happened Friday at Santa Fe High, a school of about 1,500 students.

But it's unclear whether all the victims were shot by the suspect, or whether some were shot by deputies during the crossfire. Trochesset said authorities are waiting for the medical examiner's autopsies to make that determination.

A “decent amount of cameras in the school” will help investigators piece together a timeline, Trochesset said.

The suspect told an investigator he acted alone and spared people he liked because he wanted his story told, according to a probable cause affidavit.

The victims include a girl who rejected the suspect

One of the students killed, Shana Fisher, had rejected the suspect's advances for months, her mother Sadie Baze said. Finally, about a week ago, she stood up to him in the middle of class to proclaim she would not go out with him.

Baze said she believes the incident embarrassed the suspect so much that he targeted Shana. “One of the shotgun shells was for my daughter,” she said.

Another student killed, Jared Black, turned 17 last week and was supposed to have a birthday party Saturday.

The people hospitalized included retired Houston police Officer John Barnes, who served as a resource officer at the school and confronted the gunman.

Houston Police Chief Art Acevedo tweeted Friday that he had visited Barnes in the hospital, and he was “hanging in there.”

Authorities identified the gunman as Dimitrios Pagourtzis, 17. He was armed with a shotgun and a .38 caliber handgun, both legally owned by his father, according to Gov. Greg Abbott.

In a Facebook post Saturday titled “longest day of my life,” she said her daughter told her the gunman was “yelling Woo Hoo!” as he fired in the classroom next door.

Pagourtzis is being held without bail and is accused of capital murder of multiple people and aggravated assault on a public servant. He has not entered a plea.

Attorneys Robert Barfield and Nicholas Poehl said they had met with Pagourtzis for two 30-minute visits. Barfield said his client is “not doing well” and is “confused.”

The suspect won't face the death penalty if he is convicted. Under Texas law, offenders who are under age 18 and charged with a capital offense face a maximum punishment of life in prison with the possibility of parole after 40 years.

While the massacre reignited the debate over gun control, Texas Lt. Gov. Dan Patrick said guns aren't to blame. Instead, he put the blame on issues such as abortion, violent video games and the lack of armed teachers.

“The video games issue, we have got to address in this country. Based on all the research we have done, 97%, according to psychologists and psychiatrists … of teenagers view video games, and 85% of those video games are violent,” Patrick said Sunday.

“And what are these games showing you how to do? Kill people. … The vast majority [of psychologists and psychiatrists] will tell you it leads them to become numb to violence, to have less empathy to their victims and be more aggressive. Does that impact everyone who views them? No, but it obviously is part of the problem.”

He also made a connection between violent video games and abortions.

“We have 50 million abortions. We have families that are broken apart, no fathers at home. We have incredible heinous violence as a game, two hours a day in front of their eyes,” Patrick said. “And we stand here and we wonder why this happens to certain students.” 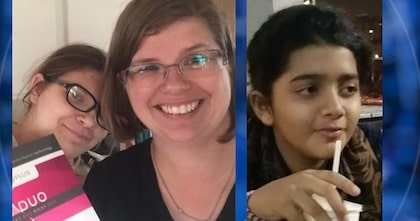