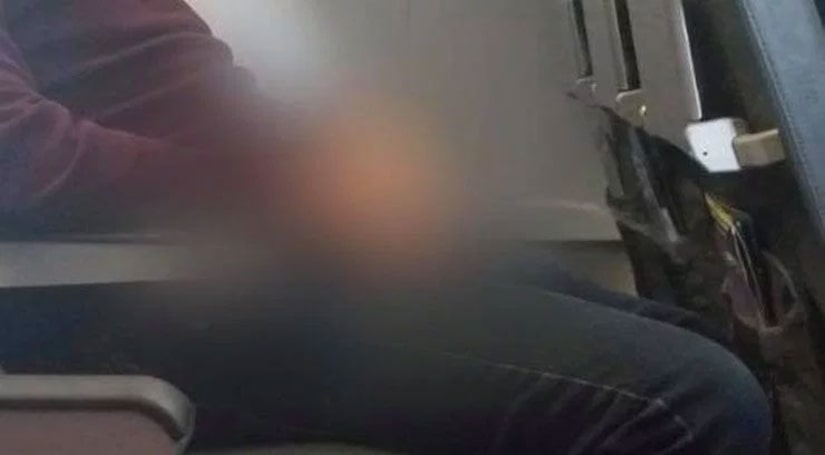 DENVER -- (KDVR) -- When Frontier Airlines Flight 864 left Denver on Thursday bound for Charleston, South Carolina, it started out like any other flight.

By the time it landed, passengers describe the flight from hell.

“I got a seat on the back of the plane where I could just lay down and fall asleep,” a passenger named Emily from Los Angeles said.

About two hours into the flight, she said she woke up in a panic.

According to Emily, a drunk male passenger grabbed the woman he was seated next to.

“She said that he ordered two double shots of vodka, so four drinks while they were sitting there,” she said. “He was out of his mind. Like he couldn't speak, he was mumbling. This man was extremely intoxicated.”

The flight crew reportedly moved the man to the back of the plane where there was an empty row. It was across the aisle from Emily's seat. She said the flight crew warned her about the male passenger.

“They bring the man to the back across from me so they said you might want to get up just in case he tries to touch you,” Emily said.

She said she took out her phone to take a picture of the man to show her girlfriends. That is when she said the flight went from bad to worse.

“While I have my phone out trying to take a discreet photo, he starts to pee and urinate on the seat in front of him,” she said.

Emily also caught that on her phone. A stream can be seen coming from the man and hitting the back of the seat near the seatback pocket.

“And I scream, he's [----] peeing. He's peeing. Oh my god. And the flight attendant doesn't even acknowledge him at first. Acknowledges me and says you need to calm down and stop cursing,” she said.

Emily said she was moved to the front of the plane, her bag fees were waived and she was a given a $200 Frontier voucher.

But she said she believes the airline needed to do more to prevent the unruly passenger from acting out.

“I think they handled it extremely poorly,” she said. “Someone should have sat with him.”

“The safety and security of our passengers is our top priority at Frontier," the airline said in a statement. "We have been made aware of this situation and are working with the appropriate authorities.”

Emily also captured a photo of what appears to be the same passenger in handcuffs being walked through the airport by Police.

The Charleston Police Department did not return calls for comment.

FULL STORY: Frontier passenger reportedly gropes woman then urinates on the seat in front of him - KDVR