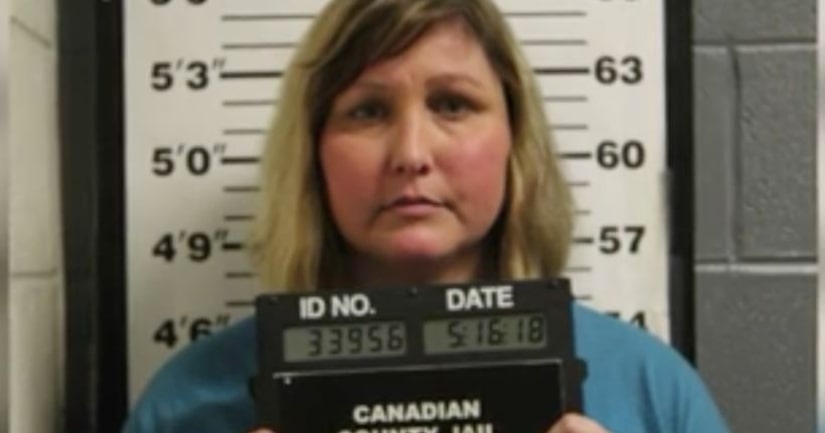 PIEDMONT, Okla. -- (KFOR) -- A former special education teacher is accused of choking and dragging her students, just to name a few.

Holly Morris used to spend her weekdays in the classroom, but this week, she was in jail. She's accused of causing physical injuries to her students.

According to an affidavit, one student's mother became concerned when she noticed bruising on her son's neck and face.

The mom tried contacting Morris, but told police the teacher always had an excuse.

The allegations go as far back as January.

Witnesses, including students and staff, said they saw Morris choking, punching, pinching and squeezing two of her students on several occasions on the bus, in the bathroom, classroom and hallways.

The affidavit says Morris was even seen on video dragging a special needs child down the hall.

Reports also show on another occasion that she was dragging the same student down the hallway to the bus, cursing at a group of students telling them to "move out of the damn way."

One mother even showed the bruised photos of her son to Morris earlier in the school year.