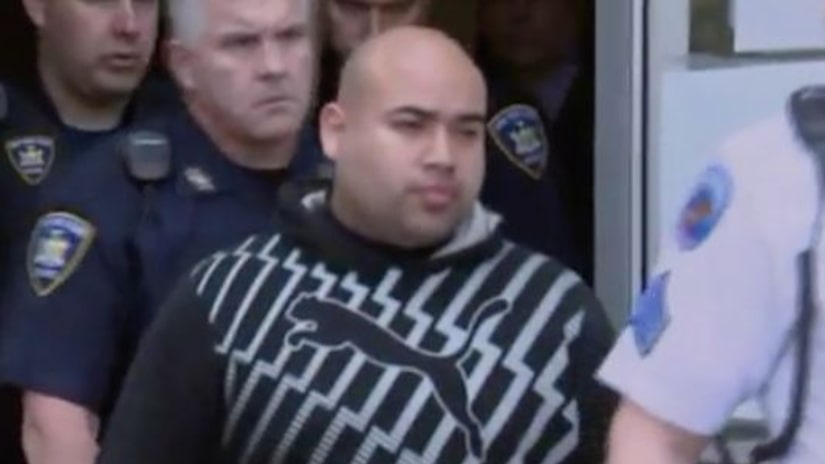 PATCHOGUE VILLAGE, N.Y. -- (WPIX) -- A Patchogue Village Code Enforcement officer was arrested Thursday after being accused of sexually assaulting two women on two separate occasions while he was on duty.

Dennis Fajardo, 28, of Brentwood, was arrested on May 16 and charged with sexual misconduct and forcible touching.

Both incidents happened when the safety officer allegedly offered the women rides home as they were leaving the bar.

The first incident happened on April 16. A 35-year-old woman reported a man wearing a uniform picked her up in a marked vehicle on Main Street in Patchogue around 4:30 a.m., drove her around, parked his vehicle and then sexually assaulted her.

The second incident happened on May 13. A 24-year-old woman reported a man wearing a uniform picked her up in a marked Patchogue Village Code Enforcement vehicle around 4 a.m., drove her around, parked the vehicle and sexually assaulted her.

Fajardo's arrest was a devastating blow for the town's mayor, as public safety officers are the village's version of a police force.