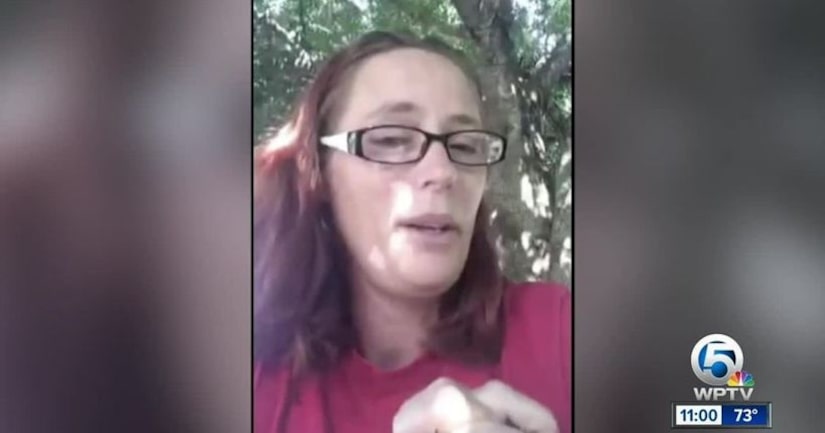 OKEECHOBEE, Fla. -- (WPTV) -- A dangerous plan was foiled in Okeechobee that may have saved the lives of multiple teenagers.

School district officials and the sheriff's office learned that high school students made a suicide pact.

One student attempted to carry it out, revealing and stopping the pact.

Now, her mother who WPTV is only identifying by her first name, Katrina, is speaking out to put a face to an issue she says needs more attention: suicide prevention.

She is now on a mission to encourage people to speak up if they suspect anyone might harm themselves. She said that might have stopped her daughter from trying.

Katrina has red marks on her arms to show the size of the injury and the scar that her daughter is now recovering from.

“The left arm is 10 centimeters long. It was laid open about three inches wide.”

With much emotion, she talked about the day her daughter attempted suicide, on Mother's Day.

She was spending time with her husband.

“We were outside just drinking coffee and chatting, and we see an officer pulling up to our gate,” said Katrina.

They knew something was wrong, as the deputy didn't hesitate to hurry through their gate, regardless of their dogs.

The deputy asked if they knew where their daughter was.

“I told him she's in the house, he asked if she was fine. Sure she's fine,” Katrina said.

She showed the deputy to the bathroom.

The deputy still insisted they open the door. Katrina did.

“And we opened it to a crime scene,” Katrina described. “No father should have to pull their baby boy or girl out of a tub for trying to commit suicide,” Katrina said.

Her daughter was raced to the hospital where she received dozens of stitches and staples. She's also now receiving mental health care.

“I'm broken that my daughter felt she had to do that, and I'm pissed because it could have been stopped,” said Katrina.

Katrina took to social media to express that anger and spread a message, now incredibly important to her.

“Talk to your kids, tell them they have to speak up. They have to. Five kids, four including my daughter, had a pact to do this,” Katrina said.

Within just 15 minutes of the deputy showing up at their home, Katrina described, "Me and my husband had just been talking to our daughter, laughing with her, talking to her.”

However, Katrina said the students in the pact knew something could happen, and said nothing.

Had they spoken up, Katrina feels her daughter might not have ever succeeded in attempting to end her life.

The deputy showed up at the home after Katrina said her daughter posted a concerning video to social media and then, a student made a call to law enforcement.

Katrina hopes their story will encourage others to speak up in the future if they ever suspect someone needs help.

"There's other parents out there and it could be them. I don't want it to be them,” Katrina said.

Superintendent Ken Kenworthy said students involved in the pact were identified and their families were contacted. Kenworthy believes none of the other students intended to actually carry out the act.

He also said all of the schools have counselors or mental health experts who are trained to talk to students who might be contemplating suicide.