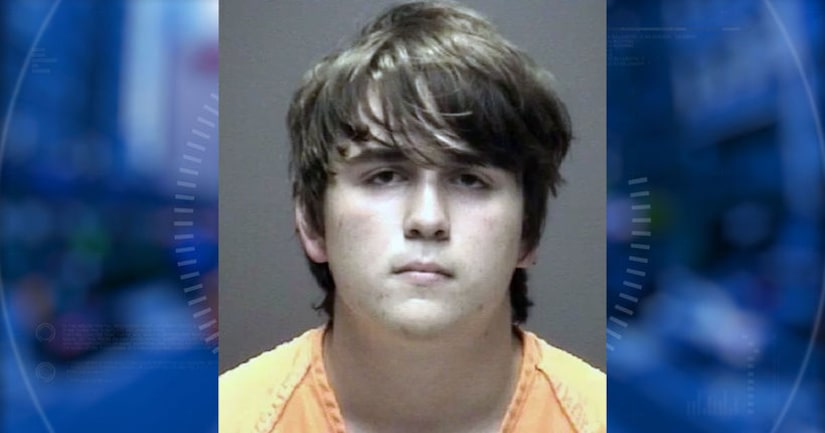 UPDATE 5:16 p.m. CT : The Texas student in custody in the school shooting at Santa Fe High School is described as quiet and unassuming, an avid video game player who routinely wore a black trench coat and black boots to class, reports KABB.

Two law enforcement officials have identified a person in custody in the Houston-area school shooting as 17-year-old Dimitrios Pagourtzis.

The officials were not authorized to publicly discuss the shooting and spoke on condition of anonymity.

Pagourtzis had played football on the school's junior varsity squad and danced as part of a church group. Those who know him expressed shock Friday that he might be involved in the killings.

Texas Gov. Greg Abbott said 10 people have died and 10 more were wounded in what was the nation's deadliest such attack since the shooting at a Florida high school in February that gave rise to a campaign by teenagers for gun control.

Abbott said that "unlike Parkland, unlike Sutherland Springs, there were not those types of warning signs." He was referring to the Feb. 14 school shooting in Florida and one in November inside a church in a town near San Antonio.

Abbott says "the red-flag warnings were either non-existent, or very imperceptible" in the case of the suspected Santa Fe shooter.

The governor also told the press the early investigation showed no prior criminal history for Pagourtzis — no arrests and no confrontations with law enforcement.

In addition to Pagourtzis, a second person has also been detained, according to Harris County Sheriff Ed Gonzalez.

Authorities say 10 people have died, none of whom are students and one teacher. A Santa Fe Independent School District officer was hurt, and three people (two adults, one of whom is a school resource officers, and a 16-year-old) were taken to a trauma center in Galveston. Two of the individuals have gunshot wounds to the leg and one had a gunshot wound to the chest area. It's not known how many more may have been injured.

UPDATE 1:02 p.m. CT: NBC News reports the gunman has been identified by sources as Dimitrios Pagourtzis, according to KABB.

SANTA FE, Texas -- (KXAN) -- Two students are in custody following a shooting at a high school in Santa Fe, Texas, that killed multiple people, Harris County Sheriff Ed Gonzalez told NBC affiliate KPRC. The school district confirms there are injuries but it has not released how many people were injured. It appears the shooting started just before 8 a.m.

Gonzalez said as many as 10 people may have died, a majority of whom were students. A Santa Fe Independent School District officer was hurt, and three people were taken to a trauma center in Galveston. It's not known how many more may have been injured.

The Santa Fe High School is on State Highway 6 near Morning Glory Drive. Santa Fe is southeast of Houston, near Galveston.

The Santa Fe Independent School District posted on its website that "an incident occurred at a high school involving an active shooter." It initiated a lockdown but said at 9:30 a.m. the situation was contained.The district tweeted at 11:15 a.m. stating there were possible explosive devices found on and off campus. KPRC reports bomb squads are at two locations off campus. The district says the bomb squads are working to render them safe.

A student told the CBS affiliate in Houston that he saw a student with a gunshot wound to the kneecap area.

The district says officers will continue to secure the building and students will be moved to another location. All other campuses in the district are operating on their regular schedules.