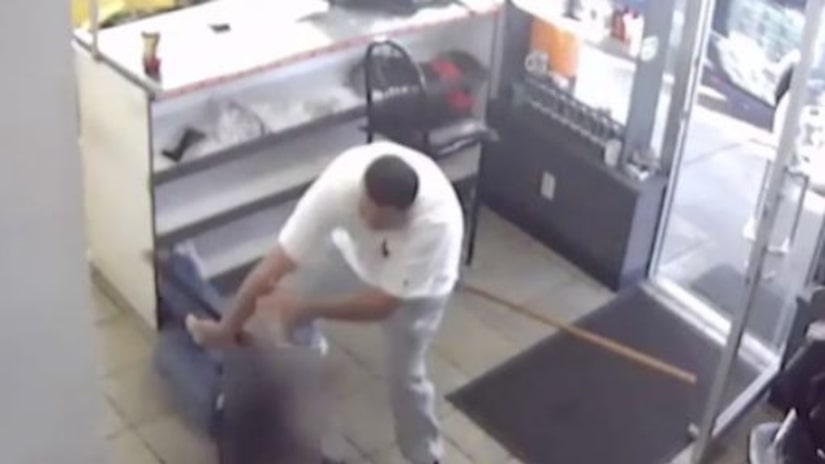 BROOKLYN, N.Y. -- (WPIX) -- Police are searching for a man wanted in connection with an assault of a 73-year-old man inside of a Brooklyn gas station, police said Thursday.

The man pushed a 73-year-old man to the ground after an argument, police said.

This happened just before 6:30 p.m., Monday, inside of an S & J Auto Service Center located on 65th Street in Dyker Heights.

The man fled the location in an unknown direction. The victim was transported to a hospital where he was treated for minor injuries.