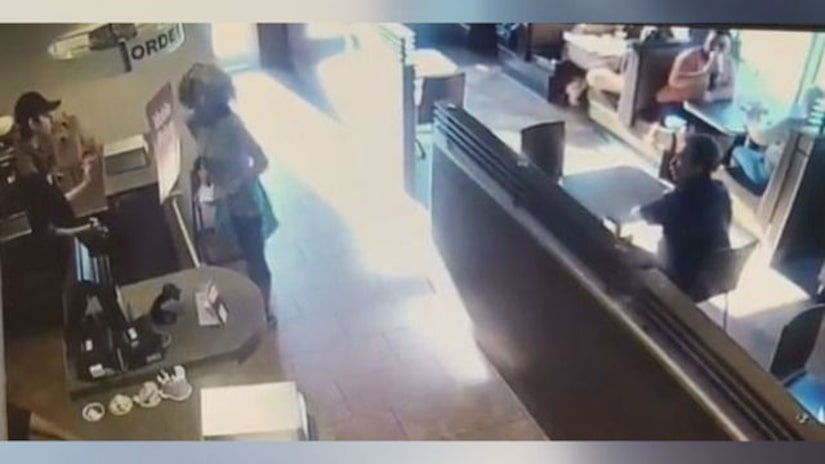 CANADA -- (KRON) -- A Canadian woman was caught on camera pulling down her pants, doing her business, and throwing the end result at a Tim Horton's employee who denied her access to the restroom.

A spokesperson for Tim Horton's told BuzzFeed that some of its restaurants have a "restricted access policy for restrooms to ensure the well-being of our guests."

The spokesperson said their current understanding of the situation is that the woman was denied access to the restroom due to "past behavior."

The Royal Canadian Mounted Police told BuzzFeed the woman was "briefly detained after the incident" and prosecutors will determine if the woman will face charges when she appears in court at a later date.

Just last week, Starbucks told employees to let anyone use the restroom, even if they haven't bought anything, as it reviews its policies and tries to restore its reputation after the arrest of two black men at a coffee shop in Philadelphia.