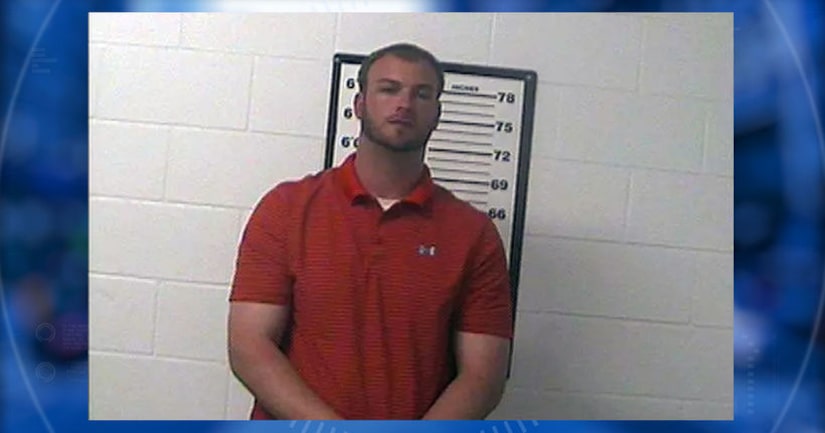 He was originally arrested May 2 on separate charges.

WTVA said according to the affidavit, girls found an iPhone with video that showed them changing clothes. They deleted the video and took it to a female coach, who confronted Wilbanks.

Wilbanks showed the coach where he had hidden the phone.

Fifteen minutes later, Principal Sam Roberts said he confronted Wilbanks and noticed he had trouble walking and had slurred speech.

"Principal Roberts says once Wilbanks was in the principal's office, Wilbanks stated he had messed up and didn't deserve to be in public education," according to the document. That is when the principal called the Alcorn County Sheriff's Department.

The affidavit also said that deputies overheard Wilbanks call himself a "piece of [----]" and a "pedophile."

Deputies arrested the coach for public intoxication and added they found what appeared to be crystal methamphetamine in a pocket on his pants. That led to him being booked on a drug charge in addition to the intoxication charge.

Shortly after the arrest, the school district fired Wilbanks.

According to the affidavit, three videos were recovered from the smartphone:

A preliminary hearing was held for Wilbanks Monday in federal court in Oxford. That hearing will resume Thursday.