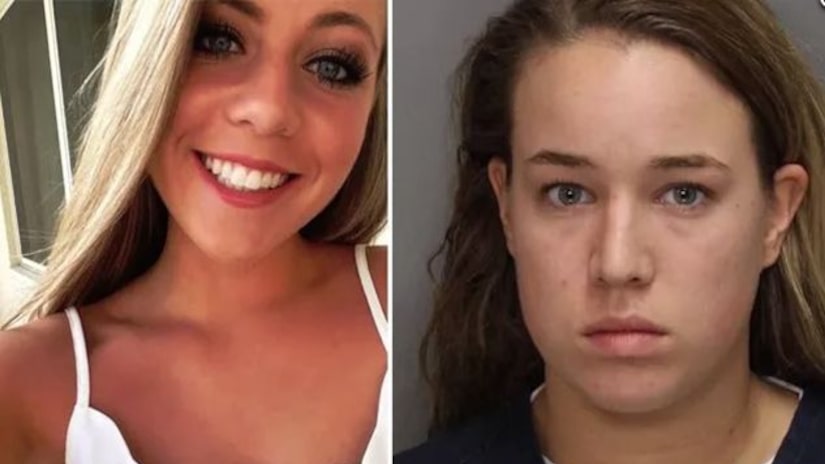 COBB COUNTY, Ga. -- (WGCL) -- A Cobb County woman will spend the next 20 years behind bars after being sentenced in the fatal stabbing of her step-cousin in 2015.

Olivia Smith was sentenced Monday after entering a guilty plea in the attack on 17 year-old Abbey Hebert on November 14, 2015.

Smith stabbed Hebert to death in the front yard of her home on the 3000 block of Blowing Wind Court in Acworth.

Smith, a cousin of Hebert by marriage, admitted to police that she had stabbed Hebert. She told police she was under the influence of an unknown drug, possibly marijuana.

A warrant issued after the fatal stabbing stated the following:

In the early morning hours, the 2 girls went to Chick-fil-A nearby. Upon their return to Abbey's house, they went inside, dispersed the food to other occupants, who left the home shortly thereafter, and on Olivia's admittance both smoked suspected marijuana outside the home, on the back porch.Olivia and Abbey came back inside and began eating their food at the kitchen table. An argument ensued between the 2 girls and a physical fight broke out.Olivia grabbed a knife out of the butcher block in the kitchen area and stabbed Abbey. Abbey fled out the front door of the residence, with Olivia giving chase. Abbey fell between the property of her home and 3113 Blowing Wind Court.As witnessed by a person walking by, Olivia is seen on top of Abbey, stabbing her numerous times. Olivia admits to this witness that she stabbed Abbey.

Friends told CBS46 in 2015 that Smith and Hebert were close friends and cousins by marriage.

Friends say the two loved each other very much and the situation makes no sense. On Twitter, CBS46 found an exchange between Hebert and Smith with Olivia tweeting, "Love you sweet girl." Abbey tweeted back, "Love you more than life."