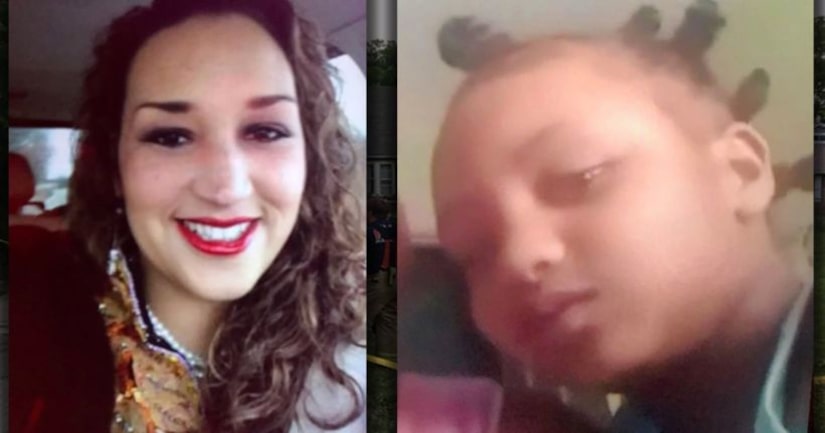 UPDATE 10:47 a.m. PT : Authorities say a 7-year-old girl who was the subject of an Amber Alert in Tulsa has been found safe and her mother is in custody.

TULSA, Okla. -- (KFOR) -- Authorities throughout the state are searching for a 7-year-old Tulsa girl who they believe is in danger after her mother stabbed an 11-year-old and set fire to their home.

The 9-year-old girl was then able to go to a relative's home down the street to get help.

Police told KJRH that it took the 9-year-old girl an hour to get to the family's home because she was duct-taped.

“The mother had duct-taped their hands, put socks in their mouths and began stabbing the 11-year-old,” said Tulsa Police Officer Jeanne MacKenzie.

When the relatives returned to the girl's home, they found the 11-year-old girl with multiple stab wounds and the kitchen on fire.

The 11-year-old girl was rushed to the hospital in critical condition.

MacKenzie told local news outlets that the 11-year-old “was stabbed so many times that officers and EMSA on scene couldn't even count them.”

After stabbing the 11-year-old girl, police say Ahmad took off with her 7-year-old daughter, Hafza Hailey.

Police believe Hafza could be in danger.

Hafza Hailey is described as black with puffy hair in a ponytail and painted gold bracelets on her wrist. She was last seen wearing an ankle-length peach dress Monday evening.

Officials said Ahmad is described as black with curly black hair with gold streaks in it.

However, police believe she could also be driving a navy blue Ford sedan, but there is no year or tag information for the vehicle.

If you have any information on the case, contact the Tulsa Police Department.