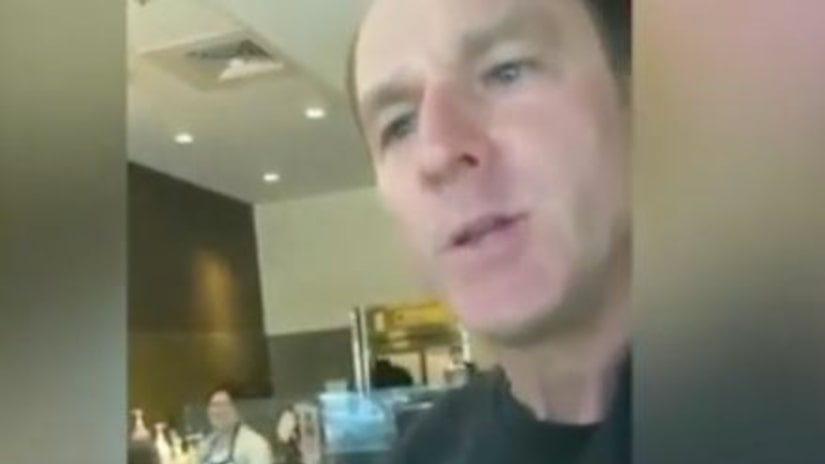 RIVERSIDE, Calif. -- (KTLA) -- A man was denied service at a Coffee Bean & Tea Leaf in Riverside last Friday, May 11, after he was caught on video making Islamophobic comments to a fellow patron wearing a niqab.

The cellphone footage appears to have been captured by the woman who was targeted, but it was shared on Twitter by journalist CJ Werleman and had more than 1.5 million views by Monday evening.

The video opens with the man asking her, "Is this Halloween or something?"

When she questions him about what he means, he snidely says she should tell him what's wrong with her.

"I don't like that because I don't like your religion," he tells her. "It says to kill me, and I don't want to be killed by you, how's that?"

"Are you scared of me?" she presses. "Have you read the Koran?"

He responds that he's read "enough of it to know" and says he's "absolutely" a Christian.