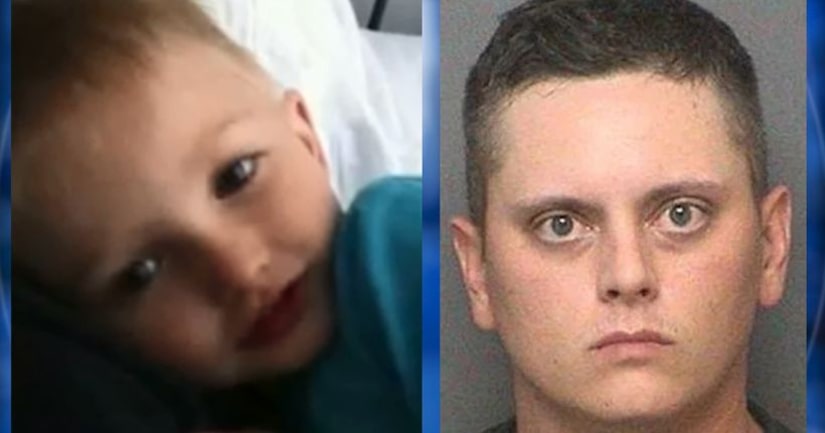 MORGAN COUNTY, Ind. -- (WXIN) -- A previously sealed probable cause affidavit detailing the short life and brutal death of a five-year-old child with special needs served as the basis for the prosecutor's opening statement in the trial of Steven Ingalls, Jr., in Morgan County Tuesday.

Ingalls is accused of the asphyxiation and intentional overdose death of Brayson Price.

“The apartment was a small two-bedroom apartment. The argument is it's impossible for this much violence without the other person not waking up and knowing what's going on,” said Prosecutor Steve Sonnega. “They were both there. Mr. Ingalls took the position as a caregiver living with the mother.”

Ingalls called Mooresville police on the morning of Nov. 23, 2016, to report an unresponsive child.

While Brayson was rushed to the hospital, the first officer on the scene spotted “a large amount of blood in the bedroom” where the boy was found.

During the initial stage of the investigation, Richhart told the court he was able to examine the cell phones of both Ingalls and Price.

Ingalls, Price's boyfriend since 2014 and the father of the couple's toddler son also named Steven, allegedly used his cell phone to conduct internet searches the month before Brayson's death with topic lines such as, “kill my mentally retarded step-son, torture techniques, beat child with fragile X abuse, I want to kill my autistic child, painful ways to die, most painful torture,” according to the PC.

“Children are a gift, but Brayson became an unwanted burden to the defendant,” said Sonnega. “I showed a text message from him of November 12 of 2016 that was very ugly and I told the jury what it meant.”

The affidavit quotes a text reportedly retrieved from Ingalls' phone to Price that reads, “she needs to kill him while he is young so that she can have a life of her own and not be a caretaker for a retarded child.”

“Basically his response to me,” the detective said after talking to Ingalls, “is, 'Well, I guess I am not just a very good person. I did send those texts, but it was just talk. I wouldn't do anything like that.'”

The PC goes on to quote other searches allegedly recovered from Ingalls' phone that read, “Deadly diseases from rotten food, homicide by disease, human anatomy, tortured child, Indianapolis famous murders, why do I hate my disable child, autistic son shot, injuries that cause long term excruciating pain, hurtful jokes about autism, jokes about autistic kids, unbearable pain causes, what causes extreme pain, why do I violently beat my autist child.”

Richhard explained to the court that, “Meghan and Steven both felt like Brayson did not feel pain,” due to his disability and alleged history of self-mutilation.

“Ingalls believed that he needed to take Brayson out of the picture for them to live happily after. Ingalls made a statement he wanted to buy a ticket to see Brayson take his last breath,” said Sonnega. “There's no free ticket when you kill a child, and the jury verdict should stamp his ticket as guilty.”

Ingalls' defense is to ask jurors to not be emotionally swayed by the evidence and look at the guilt or innocence of the 31-year-old defendant in its totality.

The trial is expected to last two weeks. Price goes before jurors this summer.

She told police she was the only one who provided medicine to her child. 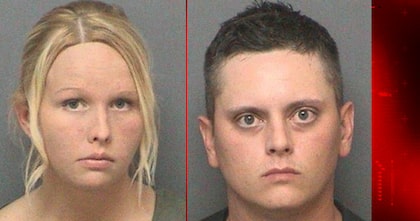