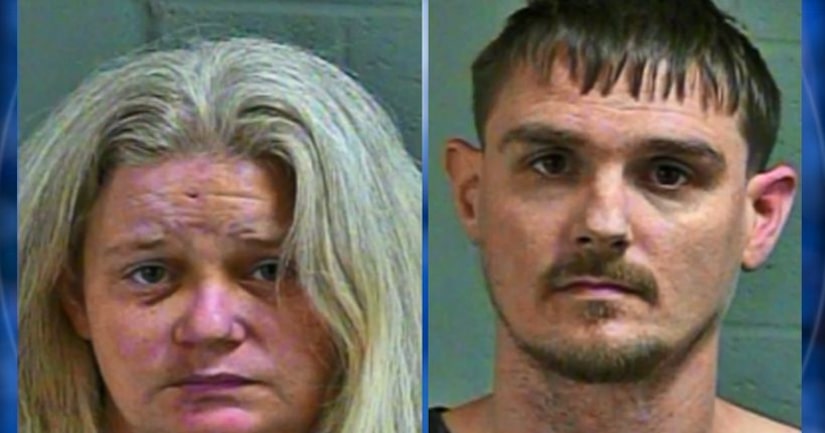 Officials say they are investigating a case where children were allegedly found pad-locked inside, living and sleeping in filthy conditions.

Police say two bedrooms where three children, aged 12, 11, and 6, had padlocks outside the doors.

The 12-year old who has Autism was reportedly sleeping inside a room covered with dog urine and feces.

Documents show that in addition to locks on the doors, the windows were screwed shut, and a video surveillance system had been set-up to monitor the child.

The 12-year old told Department of Human Services officials he was locked inside the room nightly for up to 12 hours.

One of the children told police that sometimes she let her brother out of the locked room when the parents were gone but she had to 'put him up' or she would be locked up.

Brandy McGrath and her husband Kenneth Garris were taken into custody and charged with child abuse, three counts of child neglect, and possession of marijuana.