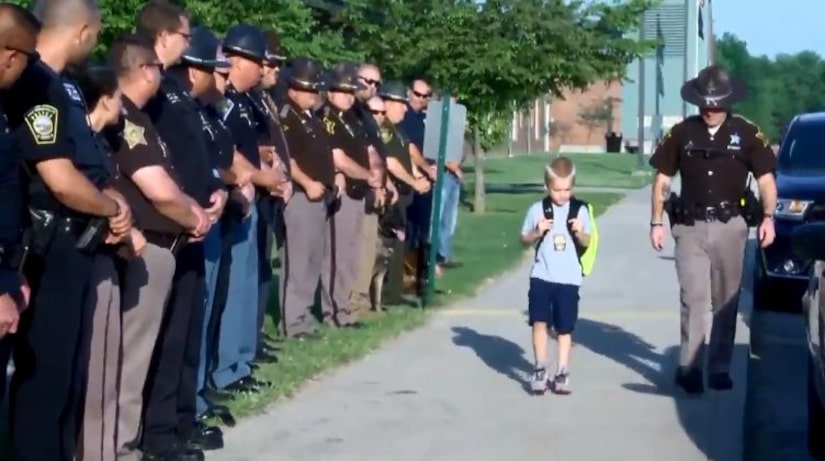 TERRE HAUTE, Ind. -- (WDAF) -- It's been almost two weeks since Terre Haute officer Rob Pitts was shot and killed in the line of duty. The community has shown his family an outpouring of support, and it continued on Monday when Pitts' 5-year-old son Dakota returned to school, WTHI reports.

Dakota asked his mom if one of his dad's friends could drive him to school in his dad's police car for his first day back.

When he arrived at his school in Sullivan he was greeted by 70 Terre Haute police officers and Vigo County sheriff's deputies.

Last week, the young boy released a special message to his dad in hopes he will see it from heaven, and he also received an official police department badge.

FULL STORY: 70 officers welcome son of fallen cop on his first day back at school - WDAF